PIC: A contender for Ireland's laziest parking job has been found in Kerry

We've all been guilty of cutting a few corners when we're in a rush, but this parking effort in Kerry is something else. You may recall the recent story about a Dublin driver that managed to occupy four spaces, but this one in Killarney has somehow managed to top that.

In a way, you have to admire the zero fecks given approach, but you would be absolutely raging if this happened in your local supermarket.

By our logic, that's six parking spaces that are being used. It's almost as if the driver was thinking "ah feck it, I'll just turn off the ignition and park here . Be grand".

If you're still looking for a fix of terrible parking jobs around Ireland then this list should help. 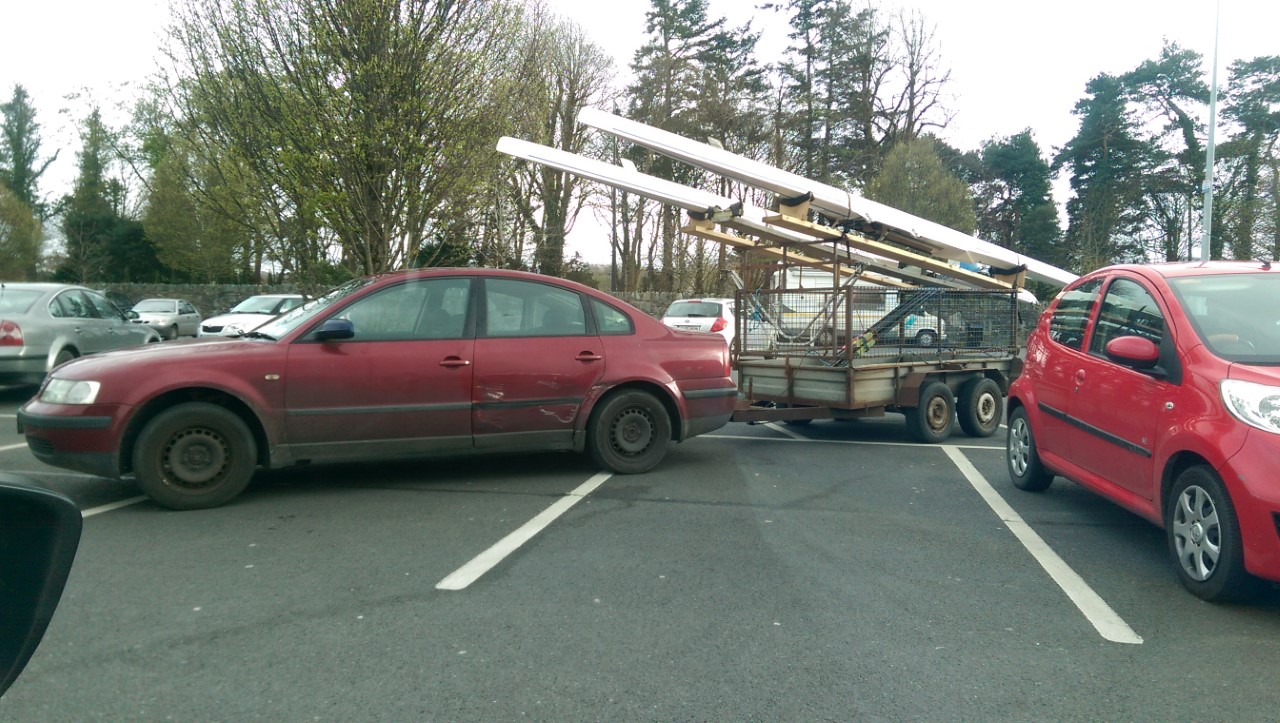 Cheers to Colin Stack for sending this our way. If you have something you would like to share with us, send it to our WhatsApp number 087-4001102, editorial@JOE.ie or hit us up on Facebook or Twitter.


popular
The lineup for this week's Late Late Show has been revealed
QUIZ: Can you guess the pixellated movie posters?
QUIZ: Can you name all these European countries just from their vowels?
QUIZ: How many of these Recess characters can you name?
Met Éireann says there's a risk of snow for parts of Ireland this weekend
Star Trek: Picard mostly manages to boldly go where no Star Trek show has gone before
Man being treated for suspected case of coronavirus in Belfast
You may also like
1 week ago
Trampolines and fallen trees affecting traffic all over Ireland due to Storm Brendan
2 weeks ago
Sale of new petrol and diesel cars set to be banned in Ireland after 2030
1 month ago
Irish car insurance premiums up 42% despite claims falling by 40% over last 10 years
1 month ago
Over 300 drivers arrested on suspicion of intoxicated driving in Ireland in the last two weeks
1 month ago
New system of penalty points and speeding fines to be considered by Cabinet
2 months ago
Motorists face €120 fine and three penalty points for dangerous overtaking of a cyclist
Next Page