Pic: Someone has done the unthinkable and invented a jam-filled sausage

We love our sausages here in JOE; good old fashioned Superquinn sausages with sausage meat as a filling and the likes.

Yes, the childish amongst us will laugh at it's phallic shape, but ultimately the sausage is a thing of beauty. Not to be messed with.

37-year-old Liam Bennett has invented 'The Dausage'. The what? A hybrid of the doughnut and the sausage.

It's basically a sausage with a jam filling. Now the phallic talk is getting real and now you're probably feeling queasy, right?

What possessed this man to do this? 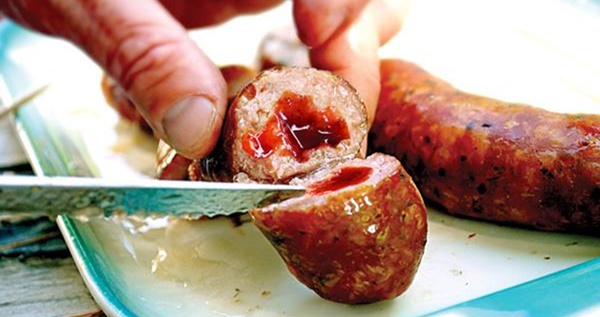 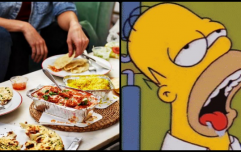 END_OF_DOCUMENT_TOKEN_TO_BE_REPLACED

He told Buzzfeed News: "I was inspired to invent the Dausage by the success of the Cronut and the Duffin. Everyone thought I was crazy, it worked really well!”

Someone needs to initiate an intervention here lads.

He's already talking about other concoctions such as 'Pork with Leek and Blackcurrant Jam', 'Chicken with Raspberry jam' and 'Venison with Strawberry Custard'.


The Architects Of Business || JOE · "It doesn't get bigger than this for me" - Irish scientist wins EY Entrepreneur of the Year 2020
popular
Record Christmas bonuses worth €390 million to be paid to 1.6 million recipients next week
QUIZ: Can you guess these European countries from their outlines?
Larry Gogan's grandchildren pay lovely tribute to him on the radio
Here’s how you can get 20 bets for €2* for the next EuroMillions jackpot
The JOE Movie Quiz: Week 80
Covid vaccine will not be mandatory, says Stephen Donnelly
Liam Neeson to narrate landmark two-part series marking the 175th anniversary of the Great Famine
You may also like
1 week ago
"Pizza, steak... I mean I pretty much consumed anything." Jason Momoa on his Khal Drogo Game of Thrones diet
2 weeks ago
Just Eat to deliver McDonald’s to homes in Ireland from tomorrow
3 weeks ago
Subway launches new footlong 'pig-in-blanket' sandwich
3 weeks ago
Five Irish businesses served with food closure orders in October
4 weeks ago
Calling all pub owners! One of Ireland’s leading restaurants is offering franchise opportunities in these 14 locations
1 month ago
No trick or treat? No problem, thanks to MunchDiddly's, Ireland’s new online sweet delivery service
Next Page