PIC: This young Irish student wrote to the Queen asking for Northern Ireland back and got a response

Reese Kilbride, a 12-year-old from Dublin, wrote to Queen Elizabeth II asking for Northern Ireland back and even got a reply.

The young student was on Newstalk Breakfast explaining his desire to write to the Queen, after learning about the 1916 Easter Rising in school.

Speaking live on air, Reese said: "They had the six counties, they didn't give back all of Ireland - so I thought they should give it back". 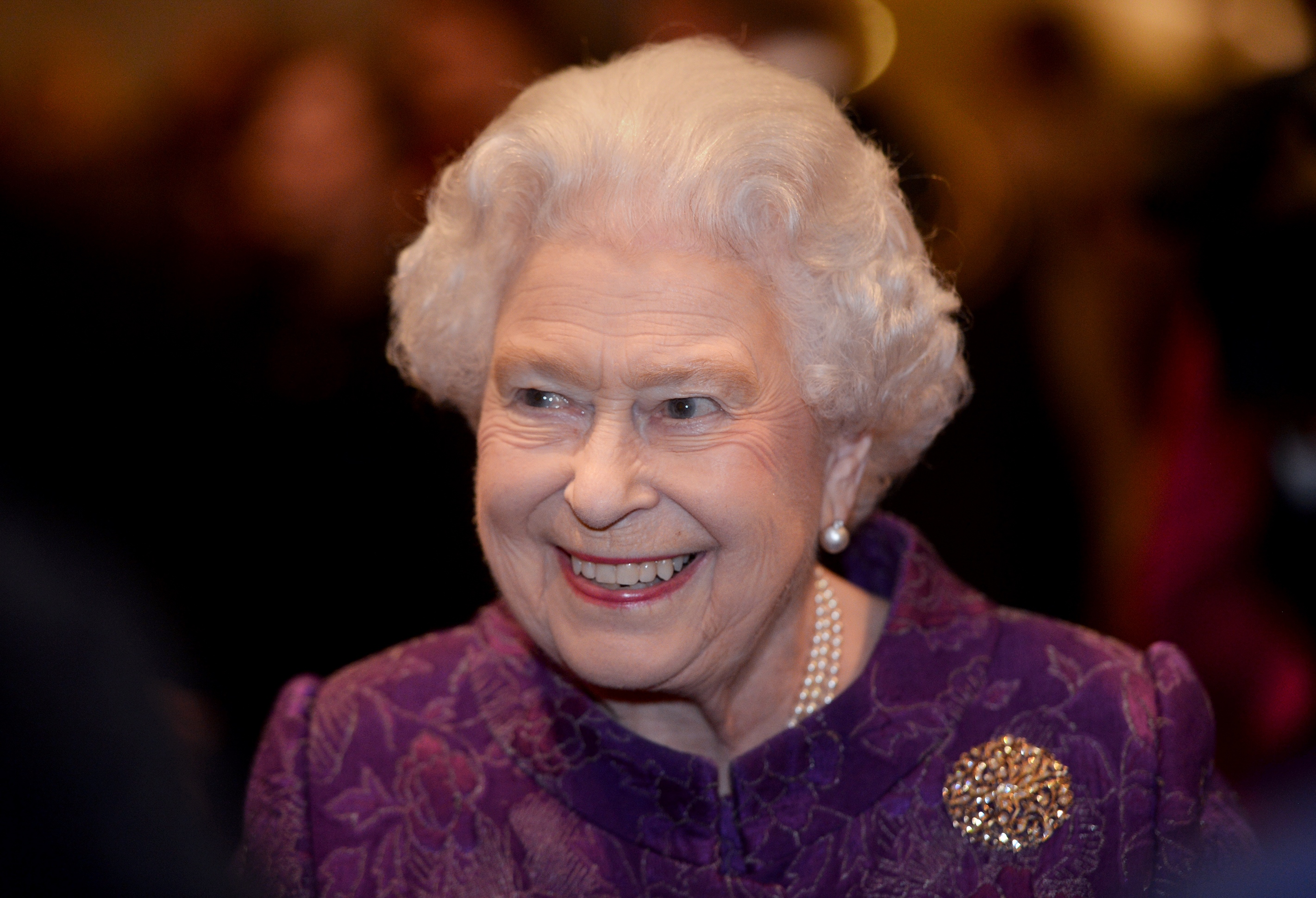 After Reese's mother warned her son not to expect a response from the palace, the whole family was more than surprised to see this arrive in the post. 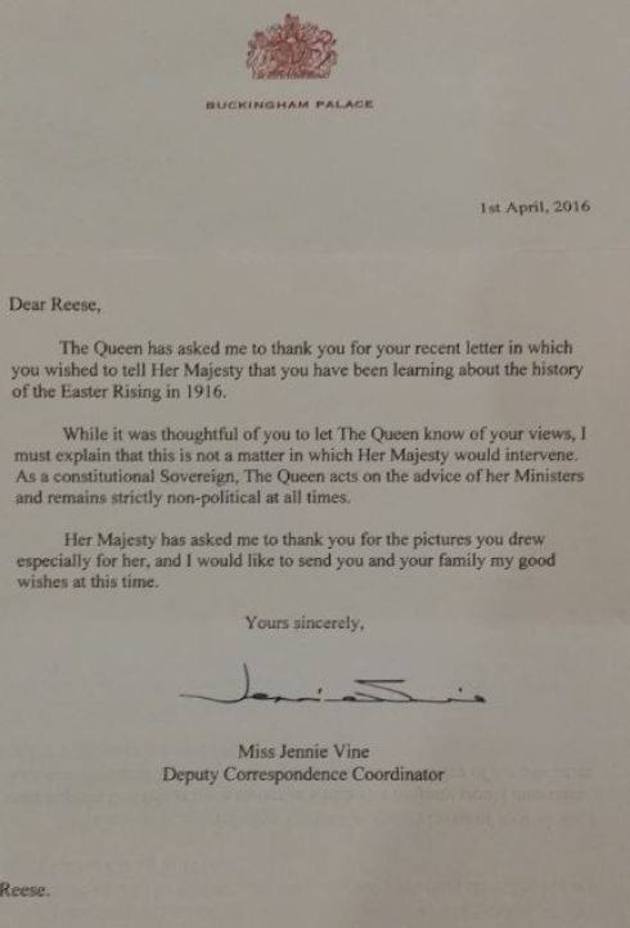 END_OF_DOCUMENT_TOKEN_TO_BE_REPLACED

Miss Jennie Vine, the Deputy Correspondence Coordinator, replied on behalf of the Queen:

"There was a letter open on the counter and it looked (like) nice paper and...looked official and the next minute I saw the Buckingham Palace logo - and to be honest with you I found it quite hysterical".

In the response, the palace says: "The Queen has asked me to thank you for your recent letter in which you wished to tell Her Majesty that you have been learning about the history of the Easter Rising 1916".

"While it was thoughtful of you to let The Queen know of your views, I must explain that this is not a matter in which Her Majesty would intervene".

"As a constitutional Sovereign, The Queen acts on the advice of her ministers and remains strictly non-political at all times".

That's pretty damn impressive all around.

popular
Man arrested on suspicion of the murder of Irish man in London
Here's how to make €9-11 on Revolut in just a few minutes
New car-free town with population of 85,000 set to be built in Dublin
Galway City Council street cleaners claim Lotto jackpot worth over €5.5 million
Elderly Irish man stabbed to death on mobility scooter in London
QUIZ: Can you name all the countries beginning with A?
A terrific '90s crime drama is among the movies on TV tonight
You may also like
5 days ago
Thunderstorms and heavy rain to end Ireland's current heatwave
5 days ago
Record for hottest August day in Ireland ever has now been broken
1 week ago
Road Safety Alert issued as high temperatures continue across Ireland
1 week ago
QUIZ: Can you name all the counties in Ireland with an ‘N’ in their name?
2 weeks ago
QUIZ: Can you name the county that each of Ireland's 10 highest mountains are in?
2 weeks ago
Apple TV+'s next big show is an Irish murder mystery
Next Page