PIC: During a traffic jam in Limerick, this man handed out free sweets to lift people's spirits

What a sound man.

Being stuck in traffic is an absolute pain in the arse but one man in Limerick went out of his way to make a recent traffic jam far more enjoyable for everyone.

Yesterday afternoon, JOE reader Emma Smyth was just one of the many motorists that was stuck in traffic between junction 29 and 30 on the Dublin to Limerick motorway. We're told that a burnt-out car on the hard shoulder prevented any other vehicles from passing by. 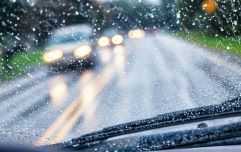 END_OF_DOCUMENT_TOKEN_TO_BE_REPLACED

Rather than dwell on the negatives, one man decided to spread a little joy by handing out sweets to his fellow frustrated motorists.

Emma says that "We were stuck for approximately 40 minutes and he went around to 10-15 cars. He seemed to cheer everyone up and lots of people were still laughing about it as the traffic began to clear. I took a sweet as did most other people. All it takes is a small kind gesture to make someone's day!"

Whoever this man is, we're certain that he's got plenty of good karma coming his way.

Not all heroes wear capes, some just give out Heroes. 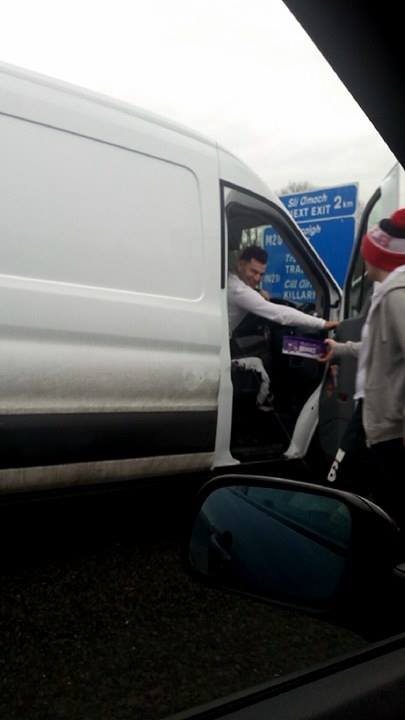 popular
The JOE Friday Pub Quiz: Week 220
The JOE Movie Quiz: Week 80
Harry Styles hits back at critics who told him to be more 'manly'
The JOE Music Quiz: Week 36
Status Yellow snow warning issued for five counties
The 50 most iconic songs of all time* have been revealed
Here's Week 58 of JOE's 19 in 90 quickfire quiz
You may also like
3 days ago
28 individuals identified as being participants in Pandemic Unemployment Payment fraud
1 month ago
Man arrested following aggravated burglary in Limerick
2 months ago
Man arrested after striking woman in the face and stealing her handbag in Limerick
3 months ago
Gardaí appeal for witnesses after 11-year-old girl struck by car in Limerick
4 months ago
Irish man jailed in America for trafficking rhino horns
4 months ago
The Live at the Drive-In concert series has been cancelled
Next Page