PICS: An Post somehow managed to deliver these letters with the vaguest of details on them

Credit where it's due...

It's fair to say, not all heroes wear capes and the unsung men and women of An Post definitely fall into this category.

The Eircode was recently introduced in a bid to make posting things easier in Ireland, but lets be realistic, who needs a fancy system like that when you've got people like this delivering your post.

END_OF_DOCUMENT_TOKEN_TO_BE_REPLACED

While supping a few jars of wobbly water, Kevin J O'Sullivan and his friends pondered the age old question, "how little would it take to get a letter delivered?"

It turns out surprisingly little...

They decided to post a letter from Castletroy in Limerick to their friend John in Rathmore, Kerry. 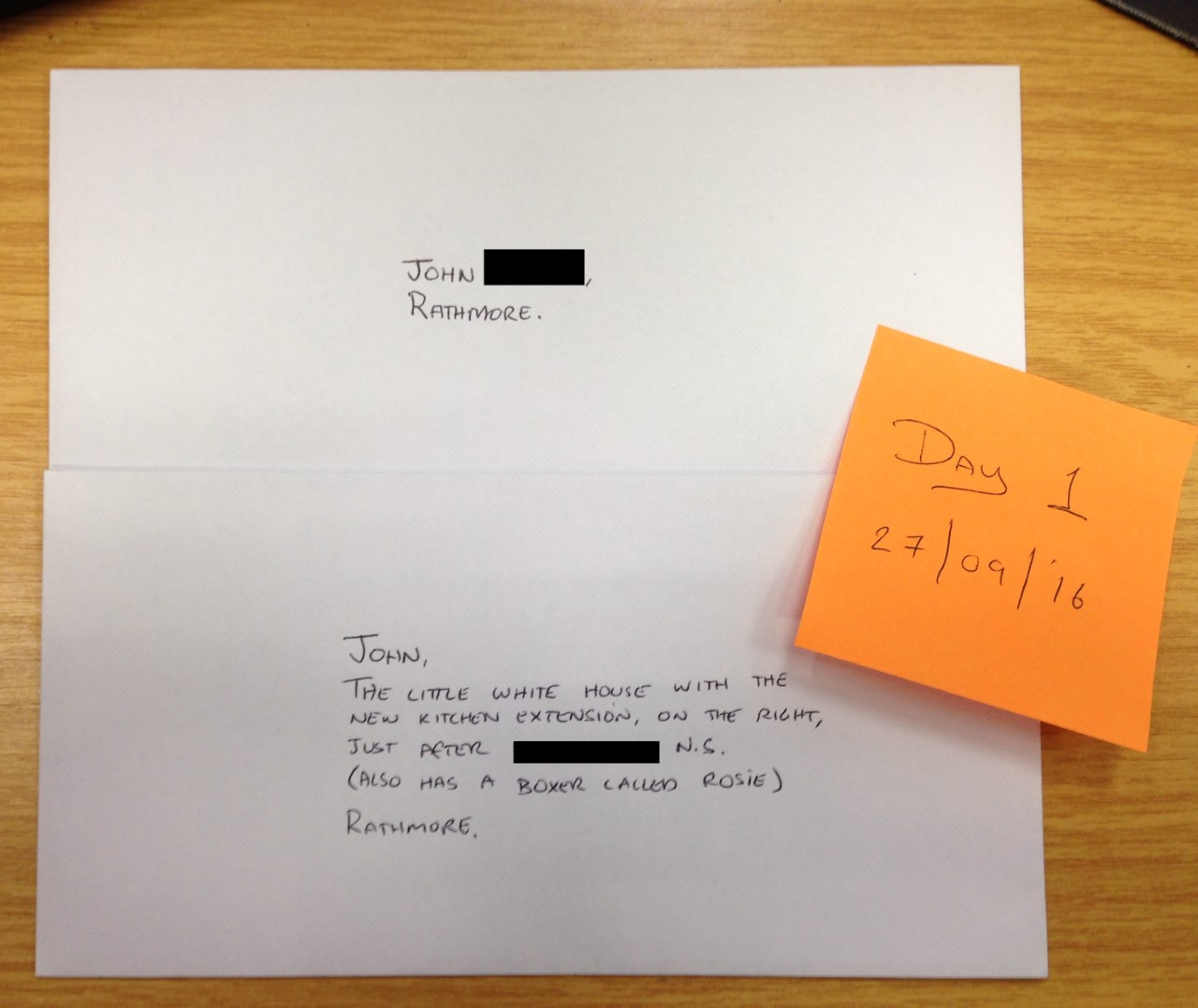 END_OF_DOCUMENT_TOKEN_TO_BE_REPLACED

One was simply titled: "John {redacted}, Rathmore." The other had a bit more detail, it read: "The little white house with the new kitchen extension, on the right, just after {redacted} N.S. (also has a boxer named Rosie), Rathmore."

They arrived without any hassle in Rathmore to a very grateful John the very next day. 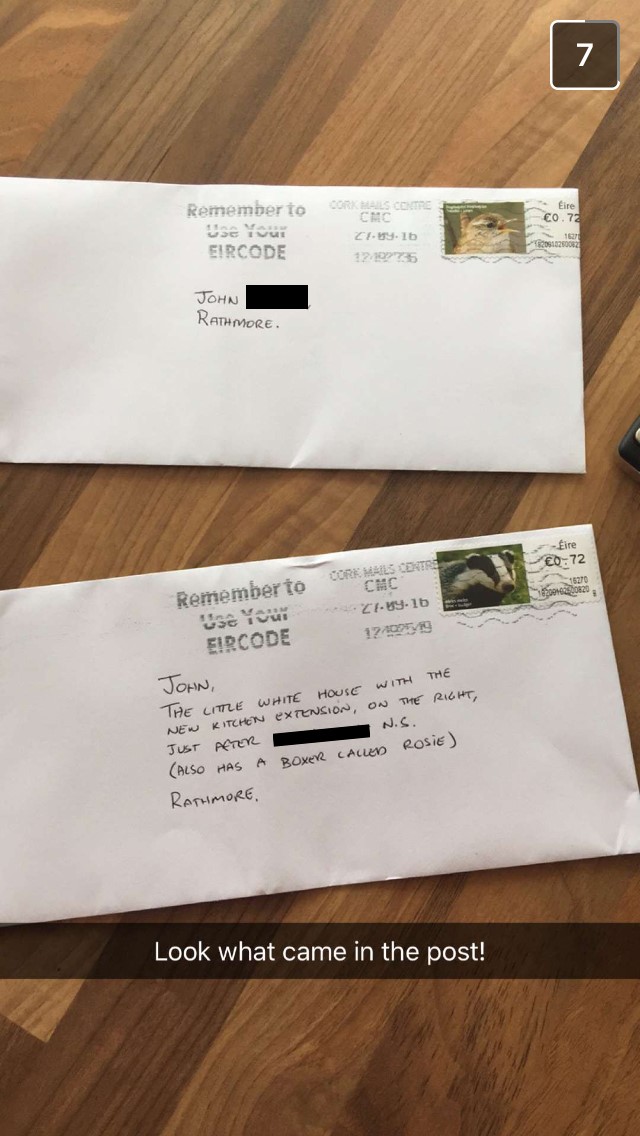 Ladies and gentlemen of An Post, we tip our hat to you...

Cheers to Kevin J. O'Sullivan for sending this our way. If you have something you would like to share with us, send it to our WhatsApp number 087-4001102, editorial@JOE.ie or hit us up on Facebook or Twitter.

popular
Netflix has just added an incredibly tense 97-minute thriller
A great underseen action thriller is among the movies on TV tonight
The JOE Friday Pub Quiz: Week 307
An exciting Irish crime thriller is among the movies on TV tonight
Prime Video has just added 25 very big movies to its library
The 50 most iconic songs of all time* have been revealed
Thunderstorms and heavy rain to end Ireland's current heatwave
You may also like
3 days ago
Motorcyclist in his 30s dies following two-vehicle collision in Kerry
1 week ago
Siblings who died in tragic Kerry drowning named locally
1 week ago
Community in shock following tragic drowning deaths in Kerry
1 week ago
Two dead after getting into difficulty while swimming in Kerry
2 weeks ago
Teenager dies following collision with tree in Kerry
3 weeks ago
Man in his 50s dies after falling from boat in Kerry
Next Page