PICS: Irish farmer proposes to his girlfriend by spray-painting 'Marry Me?' on a cow

The steaks are high with any marriage proposal and while some men can make an offal mess of it, Ashley Farrell's effort was very moooving.

Ashley is a farmer based in Fivemiletown, Co Tyrone and we reckon that you've never herd a proposal quite like this one before.  On Christmas Eve, he brought his girlfriend Anna Martin out to his cow shed to give her a Christmas present, a calf.

What Anna didn't plan on seeing though were the words 'Marry Me?' spray painted on the side of a nearby cow.

She says "As we were walking across the yard I saw a cow and calf in the shed and questioned if that was my calf (because I knew it should be bigger)... I had just got the words out and the cow turned around so I could see the writing."

We're delighted to say that Anna didn't give Ashley the hoof because she said yes. 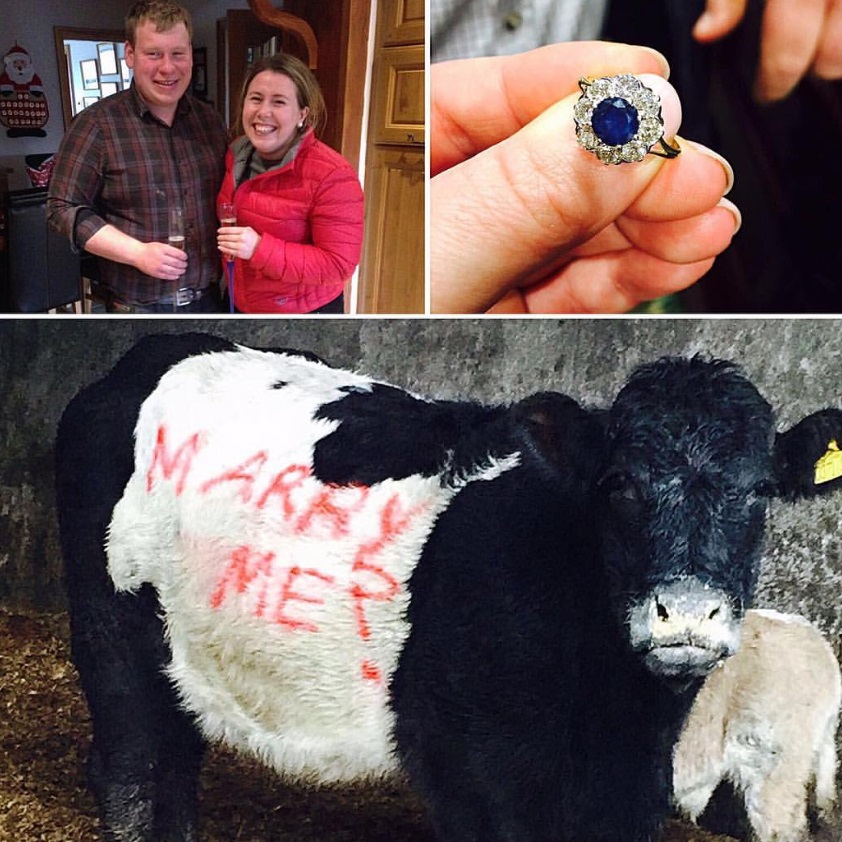 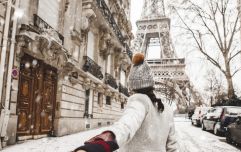 END_OF_DOCUMENT_TOKEN_TO_BE_REPLACED

Speaking with Mashable, Anna says: "Ashley is a typical farmer and he would tell you himself he's not a romantic, so it was a very pleasant surprise that he had been so creative!"

After news of their proposal went viral on Facebook, the couple have been very happy to see that their news has made people smile. "It's very strange. I mean we're just normal common folk [but] with everything that's going on in the country with our government, it's nice to be a part of something that makes people smile and laugh. It's all a bit of a craic."

Best of luck to the two of them.


popular
Ireland's best places to work for 2020 have been revealed
ISPCA rescue horse tied to electricity pole in Tipperary
Interactive infographic shows real-time spread of coronavirus outbreak
Here's Week 21 of JOE's 19 in 90 quickfire quiz
QUIZ: What movie/TV show are these fictional sports teams from?
Emirates is recruiting new cabin crew members in Galway for tax-free jobs
Here are the 6 best movies on TV this Thursday
You may also like
4 months ago
Man sues ex-wife's new lover for "alienation of affection" - and wins
6 months ago
Survey shows that Irish people think the best age to get married at is between 30-33
1 year ago
RTÉ are looking for newly engaged couples for their new wedding planning show
1 year ago
WATCH: Heartfelt wedding speech in Sligo turns into huge musical number
1 year ago
Wedding in Wicklow almost called off in row with priest over decorations
1 year ago
Daniel O'Donnell crashed a wedding over the weekend and made everyone's day
Next Page