Pics: The McEverything. This is what 43 McDonald’s burgers stacked on top of each other looks like

Admit it, we’ve all wanted to buy every burger on the McDonald’s menu, stick them all together and combine them into one giant feast. Or it just this guy in Wisconsin?

When it comes to compiling a bucket list, some people want to travel the world, some want to jump out of a plane and others have desires that aren’t fit to be published in this space, but the number one wish on the bucket list of a guy called Nick in Wauwatosa, Wisconsin is probably the strangest we’ve ever heard.

The number one thing Nick wanted to do in his life was go into his local McDonald’s, buy every single sandwich available on the menu and combine it all into one greasy, calorie filled giant of a burger held together by lots and lots of bamboo skewers.

This is the end result. 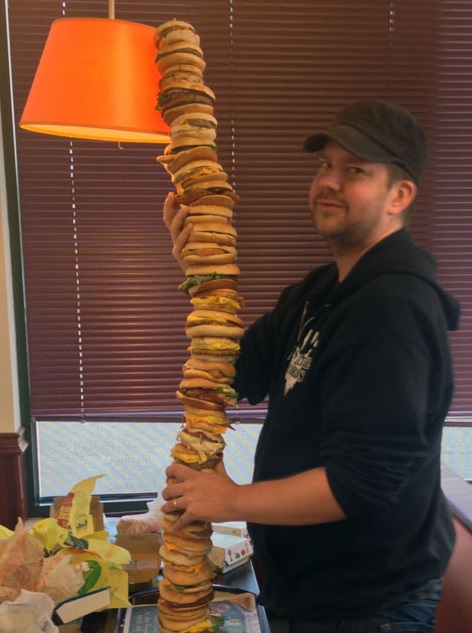 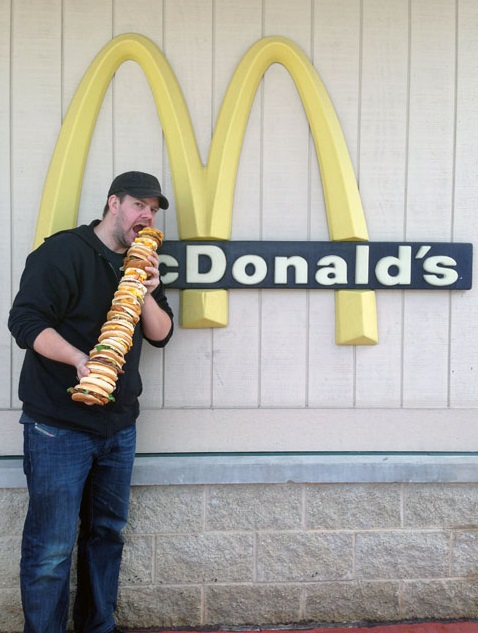 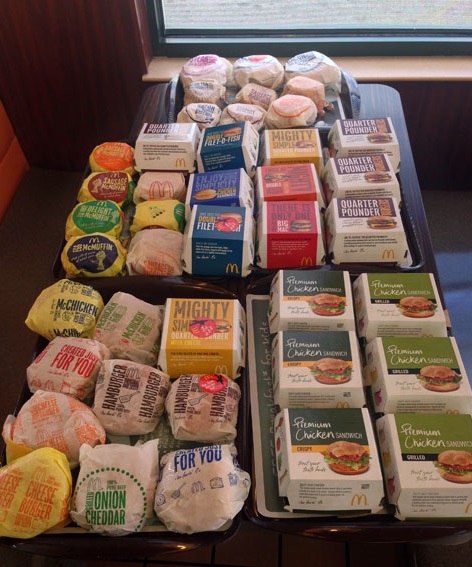 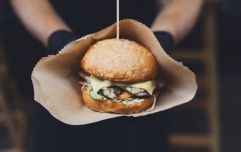 Two Irish restaurants named among the best burgers in the world

END_OF_DOCUMENT_TOKEN_TO_BE_REPLACED

By arriving at his local Mickey D’s just as the breakfast menu was finishing up and the lunch menu was starting, Nick was able to spend $141.33 on 43 burgers, leading to a sizeable but fairly disgusting combination of, for example, a McChicken Sandwich, a Big Mac and a Fillet-O-Fish sandwich amongst others.

Having put it all together, Nick took a few photos of his masterpiece, which he quite cleverly dubbed The McEverything, before setting down to eat it and if it wasn’t disgusting enough to look at, even more vomit-inducing is Nick’s claim in a blog post that he’s got “all his breakfasts, lunches and dinners covered for the next week or so”.


popular
Met Éireann issues status yellow rainfall warning for nine counties
Cardiologist's life saved thanks to the swift work of Dublin Airport's first responders
Motorist in Kildare caught driving with tax 13 years out of date
An Post announces increase in the price of stamps from next month
BBC will show an 'immensely powerful' documentary about The Troubles tonight
QUIZ: How well do you know Will Smith's movie career?
Social Democrats accuse Fine Gael of "shadow boxing" and "theatrics" after cancelling proposed meeting
You may also like
11 months ago
The best burger in Ireland has been revealed
11 months ago
Five Guys are opening a new location in Dublin very soon
11 months ago
Two Irish restaurants named among the best burgers in Europe
1 year ago
Several popular Dublin restaurants to close immediately as Jo'Burger Group goes into liquidation
1 year ago
Mark Wahlberg is set to finally open a branch of his famous Wahlburgers restaurant in Dublin
1 year ago
Bunsen is 5-years-old today and they're doing something really sound to celebrate
Next Page