There’ll be no fu**in’ stopping whoever is lucky enough to attend.

Unless you’ve been avoiding the Internet in 2017 so far, we wager you’ve heard of the Pintman phenomenon that has taken social media by storm.

For those of you unaware, the phenomenon is inspired by the great Paddy Losty, a picture of whom was brought to the Irish public’s attention in 2015 by Publin.ie, who found him in a book titled ‘Dublin pub life and lore’ by Kevin C Kearns. 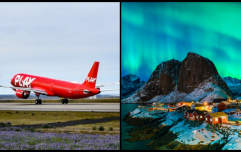 END_OF_DOCUMENT_TOKEN_TO_BE_REPLACED

Paddy, so goes the description in the book, was one of Dublin’s great pintmen, who were known to put away 30 or more pints in a day.

Losty’s status as a viral sensation, however, wasn’t really established until this year, when he has been the subject of a series of viral Internet memes, all of which feature an anecdote about a man drinking 45 pints in about two hours, with only a packet of ‘crips’ and ‘maybe a packet of peanuts’ for sustenance.

Given the appeal of all things Pintmen related these days, we can only imagine what the level of interest will be in the Paddy Losty Memorial Pub Crawl in Dublin on Saturday, 20 May.

Hosted by Rise and Rave, participants will visit establishments believed to be frequented by Paddy back in the day and take part in various challenges, including a 10-pint pool tournament and a ‘taking the shirt off any man’s back’ challenge. 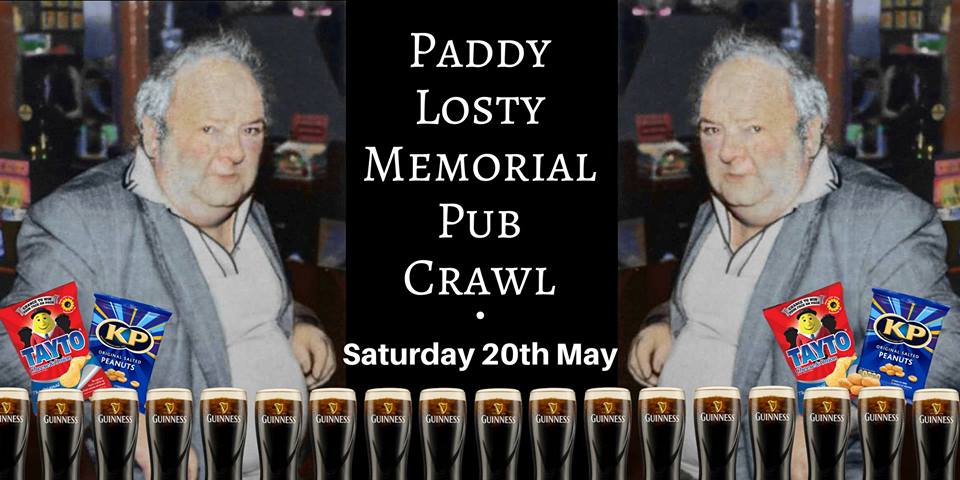 END_OF_DOCUMENT_TOKEN_TO_BE_REPLACED

As the venues are quite small, places are limited, so be prepared to grab your tickets when they go on sale for €5 (to cover costs of crips, peanuts and prizes) on Friday morning.

There could even be Paddy Losty memorial t-shirts made up as well if there’s enough demand.

For more information, check out Rise and Rave on Facebook and if you miss out this time, don't be too concerned, we’re sure they’ll go at it agin sometime in the near future.

For now, however, there is sure to be plenty of envy towards those who secure tickets to the most anticipated social event of the season a little later this month.

If you are going, meanwhile, be sure to drink responsibly.

popular
Secretary-General for Department of Health receives €81,000 salary increase
Amazon Prime Video has just added 16 big movies to its library
The Tinder Swindler review: Exactly the kind of documentary Netflix should be making
Report finds "significant harm" caused to 46 children and young people at Kerry mental health service
QUIZ: Can you get 10/10 and correctly name all of these fruits?
QUIZ: We bet you can't get full marks in this extremely frustrating geography quiz
Bradley Cooper finally confirms his directorial follow-up to A Star Is Born
You may also like
2 days ago
FREE NOW experiences busiest January day ever following easing of restrictions
3 days ago
Two pedestrians injured in separate road traffic collisions in Dublin
1 week ago
Over 90,000 dwellings in Ireland are vacant
1 week ago
Chapters Bookstore announces closing date after 40 years in business
1 week ago
213-bed four-star hotel and rooftop restaurant at the centre of new Clerys Quarter
1 week ago
Six teenagers arrested following car chase in Dublin
Next Page