A lot of people wouldn’t have much to say about the Catholic church these days, but in fairness to Pope Francis he certainly practices what he preaches, as he was spotted in Italy driving around in a second-gen Ford Focus.

The Pope was making his way to the luxurious papal summer home Castel Gandolfo when he was snapped in the back of a 2010 Ford Focus, but the Huffington Post reports that he was only stopping by the residence and will instead spend the summer in “more modest accommodations in Rome.” In fairness, it’s probably still nicer than most hotels you’ve been to. 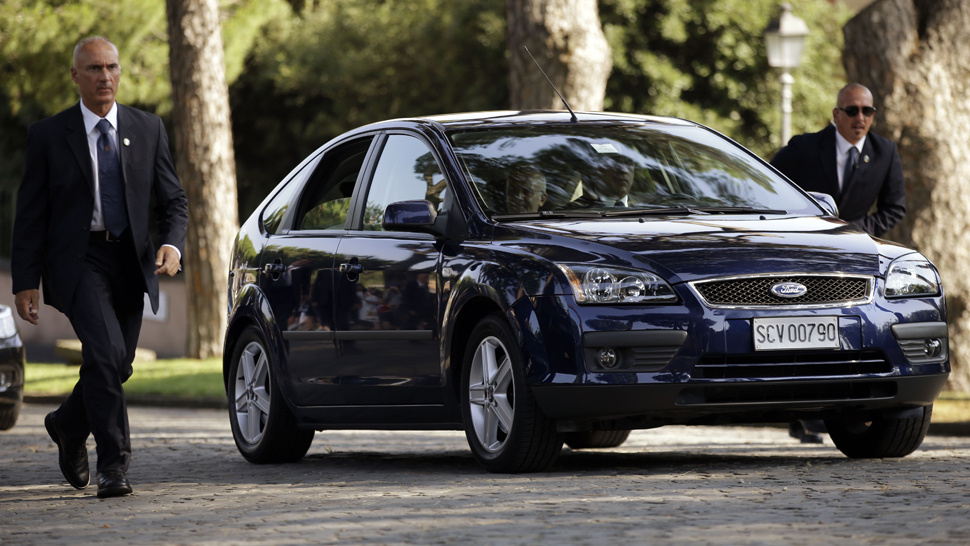 END_OF_DOCUMENT_TOKEN_TO_BE_REPLACED

Just last week Pope Francis said, “It hurts me when I see a priest or nun with the latest-model car. You can’t do this. A car is necessary to do a lot of work, but, please, choose a more humble one. If you like the fancy one, just think about how many children are dying of hunger in the world."

At least he’s not running around in expensive high-end cars, unlike the last fella… 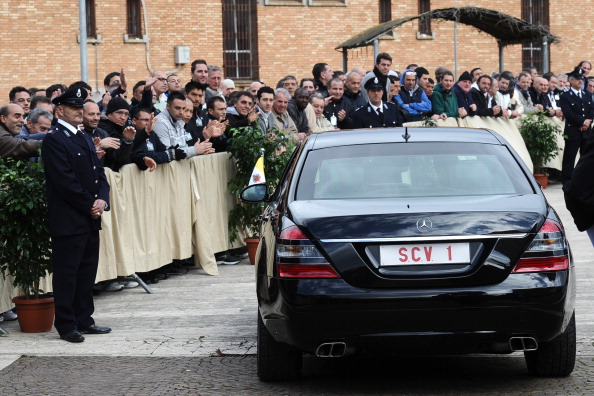 We wonder if you downgrade your car to something more 'humble' will you get out of purgatory any sooner? Joining Twitter seems to help...

The Big Reviewski || JOE · The Big Reviewski with Dune, a mini-Hangover reunion & the best of Timothée Chalamet
popular
Alec Baldwin fatally shoots woman with prop gun on movie set
Christy Moore has announced 10 nights at Vicar Street starting next month
HBO announces a new Sopranos series is in the works... kind of
Dublin museum voted Europe’s leading visitor experience... again
QUIZ: Can you name all the countries beginning with L?
CONFIRMED: Nightclubs to open at 100% capacity, 11.30pm curfew has been removed
Here's the lineup for this week's Late Late Show
You may also like
1 month ago
QUIZ: How well do you know your car logos?
4 months ago
The ultimate checklist of everything you need for your next Irish road trip
5 months ago
The iconic 'Bus W***ers' car from Inbetweeners is now up for sale
6 months ago
Two killed after Tesla car crashes with no one in driver's seat
6 months ago
Over 170 cars clocked speeding on Irish roads in first two hours of National Slow Down Day
7 months ago
Ireland's first average speed cameras to be introduced on mainline motorways
Next Page