A tale of two Popes, one comedian and a changed country

The late Dermot Morgan faced a severe backlash for his satirical take on religious influence in Ireland around the time of the last visit of a Pope to Ireland in 1979.

But Ireland is a very different place now, writes his son, Don Morgan.

Back in 1979, Ireland was a miserable little country. We were broke, we were hokey; the laundries were open for business and kids were still getting beaten up by thugs dressed in black posing as messengers of the Prince of Peace.

Where the beatings were absent, the mental and emotional abuse of the populace loomed large and the scars are in every family to see to this day. Meanwhile, women kept the show on the road, more often than not to their own detriment. What was also present was a knee jerk defence of the church to any criticism. The arrival of Pope John Paul II to Holy Catholic Ireland, having kept the light of the Word of God ablaze during the Dark Ages, was our pat on the back.

Only the '70s were at the end of our Dark Age, and the truth was yet to come out of the fog in which we enveloped ourselves over the previous century. At the time, my father, Dermot Morgan, was playing a priest on the telly called Fr Trendy, getting laughs, but also getting it in the neck from those who sought to protect the church from his impertinence.

39 years on, Pope Francis arrives to find Ireland is a very different place, but as only Ireland can, its difference is unusual and surprising. And if the church embraces that, it has a fighting chance of having a place for itself.

Clip via RTÉ Republic of Comedy

My dad used to do a bit in his stand up about John Paul’s visit and so significant was the event he got years out of the material. I still smile thinking of it. One observation: when the Pope went to kiss the tarmac in Dublin airport, his cape was blown over his head so his face was obscured from the TV cameras. It meant you didn’t see him puking up his airline dinner. Those who paid in to see my dad got their giggles.

Outside, the reaction was rather more hostile. Accusations of blasphemy, of peddling filth, were commonplace. There was even a fair bit of hate mail. He did down the Holy Mother Church. Some commentators sneered that he was part of the liberal Dublin ‘meeja’. He was opposed to the Eighth Amendment in 1983, a fact I only recently found out about, so maybe the charge sticks. 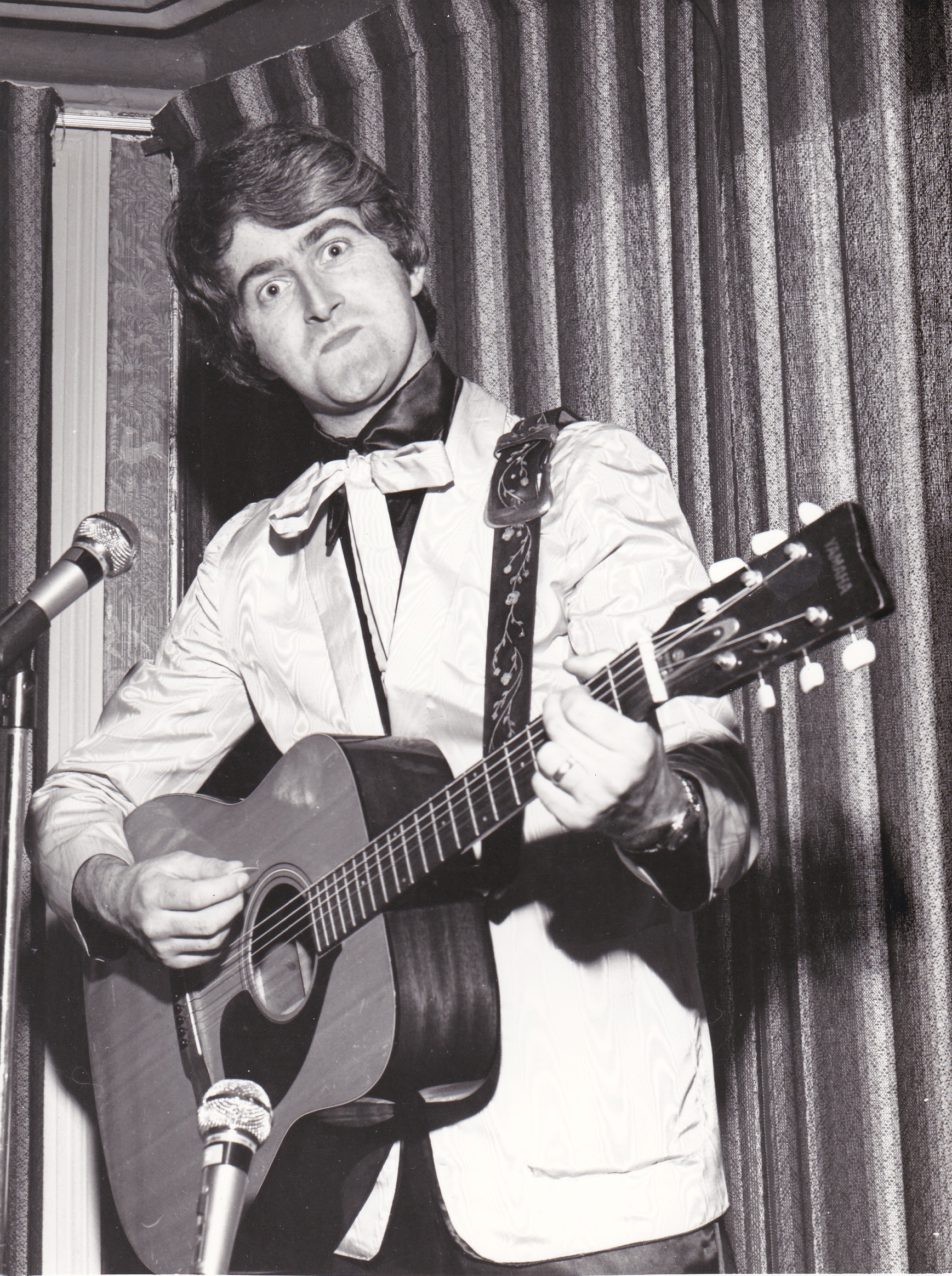 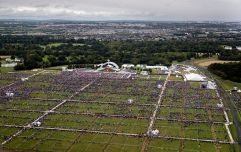 END_OF_DOCUMENT_TOKEN_TO_BE_REPLACED

Those tiresome tropes of a liberal agenda still persist. Dublin 4 doesn’t know Ireland, the real Ireland! The on-its-knees-poor-abused-and-denigrated Ireland, where people quite willingly collaborated in a theocratic dictatorship of the masses, where fear and shame were weaponised. As if the real Ireland involves sitting in a potato patch plucking at a banjo, singing 'Hail, Holy Queen', when Mary McAleese is from Belfast and Tara Flynn is proudly from Kinsale.

The reality is that the ‘real Ireland’ moved on in the last 39 years: Homosexuality was decriminalised, divorce was legalised, marriage equality was legalised and then, perhaps most remarkably, the Eighth Amendment, the enduring achievement of the Catholic right in Ireland to keep change at bay and women in their place, was repealed.

The revolution wasn’t violent, it wasn’t unreasonable. At the ballot box, the change happened because the voiceless – the women of Ireland, the poor, the marginalised – finally found their voice. Without prejudice to personal preferences, a majority of people spoke up because some things are nobody’s damn business and some choices are hard enough to make and live with, without the judgment, the shame and the legal stitch-ups.

This is Generation 8th.

The conversation moved subtly on in the last referenda. True, many paid lip service to the old shibboleths of Irish Catholic life, but really kept their counsel. Engaging in ambiguity means employing a holding pattern in our discourse; meanwhile, we get our heads around what we really think. What we thought was that our reliance on the church wasn’t working for us.

If the church wants to have a role in Irish life, it needs to clean house of the shower of zealots and nabobs who torpedo the attempts at constructive engagement by genuinely considered and realistic people on all sides, like Mary McAleese and Diarmuid Martin, with the Ireland of the here and now. They might see that the pluralist society we are now is one where the church has common cause with many other groups. 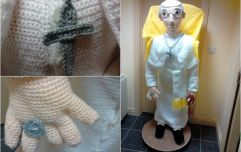 END_OF_DOCUMENT_TOKEN_TO_BE_REPLACED

And for its own selfish survival, it has to jettison the lie of God’s selective love, the absurd thinking is that in the end, you’ll only be loved by God if you have good frontage and a pathological love of Frank Patterson.

Mattie McGrath’s childish little outburst that Mary McAleese ‘get off the stage’ was a particularly ugly mask slipping: God, weren’t women better when they lived in silent misery like those aul’ wans in the short stories you hear on the Radio One’s Sunday Miscellany, staring out the window and wishing they’d left Ballinrobe whilst making the ‘sangidges’ and hoping their daughters have a better time? The sooner the church realises these supposed defenders of the church are the worst kinds of enablers, the better, because they are killing it.

I don’t want to borrow anyone’s anger, but I saw my dad suffer for his art, for speaking truth to power. The Ireland he operated in 30 odd years ago was a small market and most doors were closed. Keeping the wolves on the right side of our own front door was its own battle.

Even still, no amount of money could ever change the psychological scars of the creepy hurt-you-love-you dystopia of the Ireland of his childhood, where any divergent views had to be suppressed by any means necessary. Remarkably, he was spiritual and retained his own peculiar respect for Catholicism, if not for the juju men who ran it. 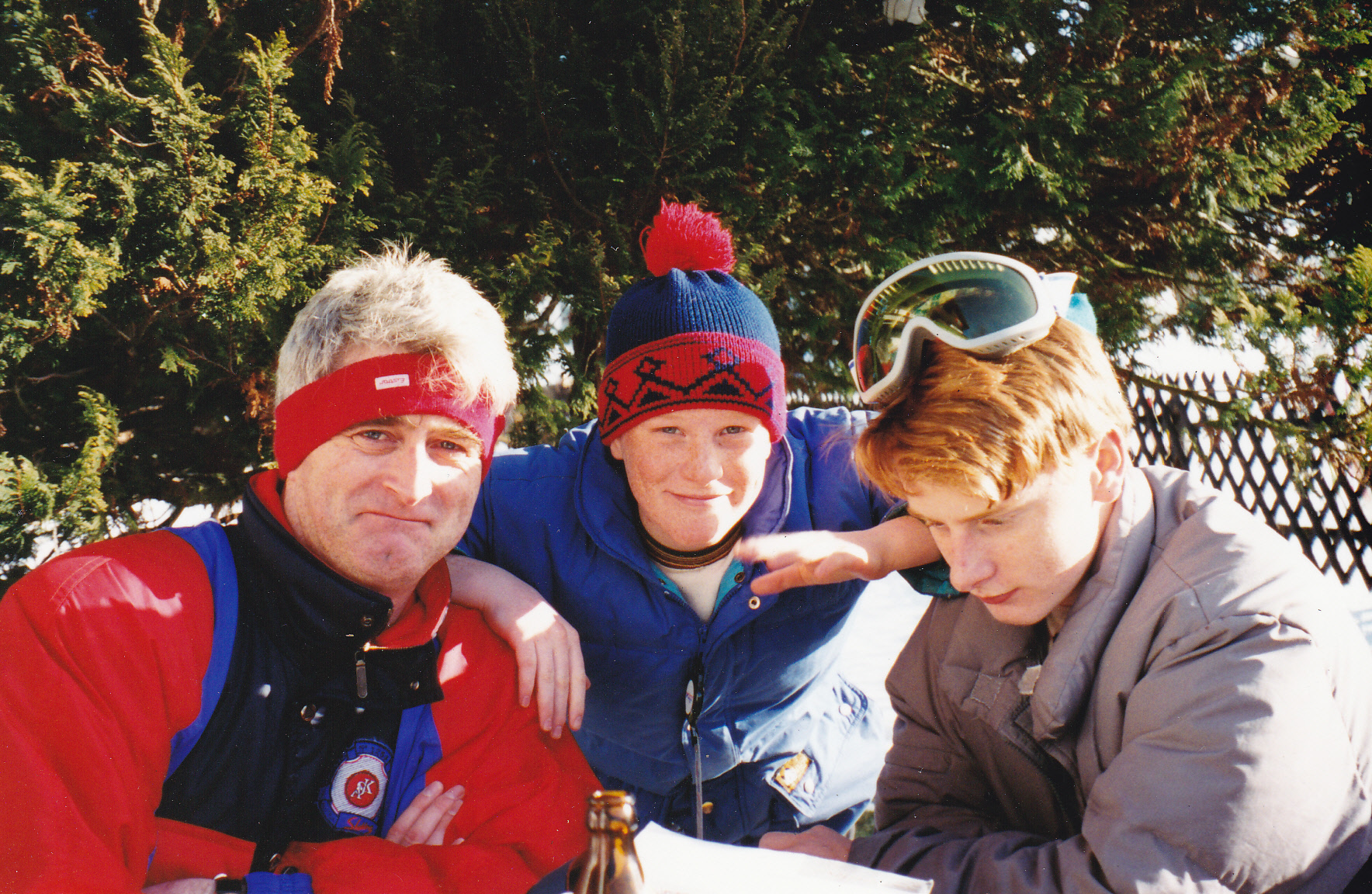 Dermot Morgan with his sons, Rob (centre) and Don (right)

Whilst it is a significant event, this papal visit will be international rather than local. It’s not about the validation of our Catholicism like in 1979. I believe that real hostility will be absent, whatever about sadness and frustration with the prevarication and evasion of the church regarding its role in our past and in shaping the culture of today. There are signs of some within the church wanting to look the truth in the eye.

Sadly, those efforts face their own uncertain future. The church is still in debt to the country for its role in our continuing nightmare and a full reckoning is coming. It has to and it requires emotional honesty from everyone, not least the church itself. Frustratingly, mixed messages from the hierarchy and talking heads needing to get a dig at people they don’t like are the opposite of the humility required to be honest. Instead, it picks at those who wish to help it and will drive itself into oblivion out of spite.

There is, however, an alternative to the purgatory of irrelevance. Because the church might find that they want in on the Ireland of 2018, which, for all its flaws, is where even the local Presentation will celebrate Pride week.


popular
The JOE Friday Pub Quiz: Week 193
Greece opening up to tourists from 29 countries on 15 June, Irish tourists still banned
The JOE Movie Quiz: Week 53
QUIZ: Try get 12/12 in this short general knowledge quiz
Here's Week 34 of JOE's 19 in 90 quiz
The 50 most iconic songs of all time* have been revealed
QUIZ: Can you beat your gang and get more than 15/20 in this "It's Always Sunny in Philadelphia" quiz?
You may also like
11 months ago
More people watched Daniel and Majella on Room to Improve than both All-Ireland Finals last year
1 year ago
Dublin Zoo claim that Papal visit contributed to decline in visitors
1 year ago
Poor attendance at the Pope's Mass blamed on RTÉ and poor weather
1 year ago
Figures reveal how many people watched Pope Francis in Ireland on RTÉ
1 year ago
The Pope's Skoda that he used in Dublin will be donated to help the homeless
1 year ago
Here's the full transcript of what the Pope said about the Tuam memo he received
Next Page