The most popular destinations for Irish stag parties have been revealed

If you’re planning a stag party soon, this might give you a few tips.

Once a man gets to a certain age, it can seem as if their entire social life is dominated by stag parties and weddings and when it comes to the former, experiences tend to be quite varied indeed.

Some grooms-to-be are happy retiring somewhere where they can have a quiet few pints, others want plenty of activities to work up a thirst and others still want to go all out and make a lads’ holiday out of it; Las Vegas has proven a very popular destination in that regard. 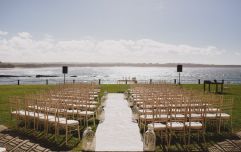 END_OF_DOCUMENT_TOKEN_TO_BE_REPLACED

Irish website stagparty.ie crunched the numbers when it comes to the destinations most favoured by their Irish customers and the top four won’t come as a huge surprise to anyone who’s been on a stag in the recent past.

Top of the pile is Carrick-on-Shannon in Leitrim, a destination so popular with stag parties these days that RTÉ even went and made a programme about it.

Next up is Killarney in county Kerry and to maintain the west of Ireland theme, Galway fills out fourth spot in the destinations most favoured by Irish stag parties. 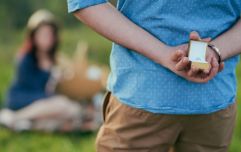 Our top five tips for proposing on holidays this summer

END_OF_DOCUMENT_TOKEN_TO_BE_REPLACED

Sandwiched in between those two great Irish towns in Prague, the beautiful capital of the Czech Republic, which is more than capable of catering for visitors who want to see the sights while making the most of the eastern European nightlife.

No disputing Carrick’s claim to the number one spot though; hardly a huge surprise really is it...

popular
Mrs Brown’s Boys creator Brendan O’Carroll hits back at "woke" critics
Welder awarded €15,000 for unfair dismissal despite admitting to drinking alcohol before work
Two arrested and charged over 2021 death of four-year-old boy in Limerick
The JOE Friday Pub Quiz: Week 315
WWE Tough Enough winner Sara Lee has died, aged 30
QUIZ: Can you name all the counties in Ireland without the letter 'L'?
Here's the line-up for this week's episode of The Late Late Show
You may also like
1 year ago
Dancing will be allowed at events from 6 September, confirms Micheál Martin
1 year ago
CONFIRMED: Guests allowed at weddings to increase to 100 from 5 August
1 year ago
Stephen Donnelly thinks there will be "good news on weddings today"
1 year ago
Brides-to-be to protest at Government Buildings in call to increase wedding guests to 100 people
2 years ago
All wedding guests must be gone by 11.30pm in accordance with new guidelines
2 years ago
Number of guests allowed at weddings from July likely to be "very small" says Simon Harris
Next Page