Eli Finkel, a lecturer at Northwestern University in Illinois, has said in his new book that we are far too idealistic when it comes to our relationships.

He says that 'asking less of our partners' is the key to happiness.

END_OF_DOCUMENT_TOKEN_TO_BE_REPLACED

The psychologist believes that we expect too much from romantic relationships and if we want our relationships to last and get the most out of them, we need to lower our expectations drastically.

Speaking to The Atlantic about his new book titled The All-or-Nothing Marriage: How the Best Marriages Work, the lecturer stated that our understanding of relationships has changed in recent years.

He claims that people demand more from their partners than our parents or grandparents would have done with their significant others.

Finkel said that the biggest change in couple's expectations over the last century is the added pressure which he believes have increased with cultural changes. 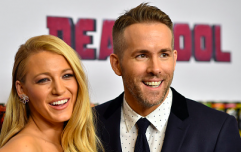 END_OF_DOCUMENT_TOKEN_TO_BE_REPLACED

He said that people often lean on their partners for self-gratification, looking to them to be made feel wanted, attractive and ambitious instead of feeling those things by themselves.

The relentless pursuit of such an idealistic pairing will eventually put a strain on the relationship and, in turn, damage its chances of long-term success.

"There should be no shame attached to asking for less from your partner," he told the publication.

Instead, he advises that people should spend quality time with their partners, scheduling in activities to ensure that both parties are on the same page in terms of what they expect to gain from the relationship. 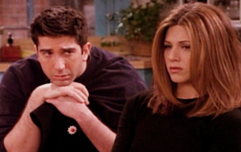 END_OF_DOCUMENT_TOKEN_TO_BE_REPLACED

Finkel believes that there should be no shame attached to asking less from your partner.

He advises spending quality time with your partner and scheduling in activities to ensure that both parties are on the same page in terms of what they expect to gain from the relationship.

In his book, Finkel also mentions a recent study to back up his theory, where the relationships of 296 young adults were investigated.

The study found that many of the young adults' relationship expectations and realities did not match up, which left them romantically dissatisfied.

popular
People want "offensive" Crown Paints advert banned after attracting hundreds of complaints
QUIZ: Can you identify the famous song from the opening line?
Here's how to make €9-11 on Revolut in just a few minutes
Man arrested on suspicion of the murder of Irish man in London
New car-free town with population of 85,000 set to be built in Dublin
Galway City Council street cleaners claim Lotto jackpot worth over €5.5 million
Elderly Irish man stabbed to death on mobility scooter in London
You may also like
5 months ago
Tinder Swindler now has a legit job making $30K in three days
11 months ago
RTÉ is looking for singletons to take part in its new show The Love Experiment
1 year ago
Sexy Beasts review: Maybe I just don't understand real life anymore...
1 year ago
Netflix's new dating show Sexy Beasts looks absolutely wild
1 year ago
EXCLUSIVE: RTÉ is looking for people to join a new celebrity dating show
1 year ago
Blackmailers are targeting Irish people on dating apps
Next Page