A true stalwart of the average family, the Irish Mammy is world renowned for her unique take on the world, but there's one trait that sets the very best ones apart.

According to a new poll, 22% of Irish people agree that 'needless fussing' is the habit most Irish Mammies share.

According to research by One4All, the stereotype is showing no signs of decline as eight in 10 mams in Ireland say they are proud to class themselves as a typical ‘Irish Mammy’. 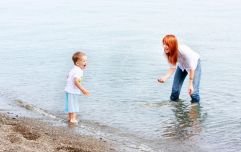 END_OF_DOCUMENT_TOKEN_TO_BE_REPLACED

A total of 1,385 adults agree that while there’s no one quite like your own Mum, there are plenty with the same name; when asked what name they used to refer to their mother, one in four responded with ‘Mum’, followed by ‘Mam’ (21%) and ‘Mammy’ (18%).

The terminology chosen varies geographically, with Munster mothers most likely to be called ‘Mam’, while Leinster, Connacht and Ulster’s mothers are most commonly called ‘Mum’.

Although most Mums have many affectionate names for their kids, the poll showed that ‘love’ (11%), ‘baby’ (10.2%) and ‘pet’ (9.8%) are the top three terms of endearment mums give to their children in Ireland. 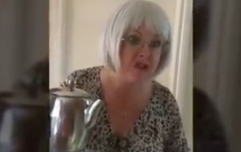 END_OF_DOCUMENT_TOKEN_TO_BE_REPLACED

The formidable Irish Mammy is a familiar character in Ireland and unsurprisingly the majority (55%) of those polled said that their mum is the stricter of their parents.

popular
A great underseen action thriller is among the movies on TV tonight
Netflix has just added an incredibly tense 97-minute thriller
The JOE Friday Pub Quiz: Week 307
An exciting Irish crime thriller is among the movies on TV tonight
Prime Video has just added 25 very big movies to its library
Anne Heche dies one week after car crash, aged 53
Thunderstorms and heavy rain to end Ireland's current heatwave
You may also like
6 years ago
PIC: Irishman caught out his mam with a great prank ahead of Grand National
6 years ago
PICS: Irishman uses Snapchat filters to convince worried mother his face is hideously deformed
6 years ago
PICS: Irish girls get their friend’s phone and text her mother; receive priceless Irish mammy response
6 years ago
VIDEO: Irish guy home from travelling surprises his mother in a hospital cardiology unit
7 years ago
Video: Irish Mammy wakes to find her daughter home from Australia [Strong language]
7 years ago
Video: Irish Mammy goes berserk after falling for water bottle magic trick [NSFW]
Next Page