RTÉ to broadcast 30-hour production of Ulysses on Bloomsday

"Stately, plump Buck Mulligan came from the stairhead, bearing a bowl of lather on which a mirror and a razor lay crossed..."

Even as restrictions regarding Covid-19 continue to relax, this year's Bloomsday certainly won't be like any that have gone before. This year might be the year you actually manage to read all of Ulysses... if you can stay awake for 29 hours.

Today, RTÉ announced that it would be providing a celebration of James Joyce's masterwork by broadcasting a production of the famously long book. The broadcast will retell all 730 pages of the book over 29 hours and 45 minutes, and will begin at the same date and time as both Stephen Dedalus’ and Leopold Bloom's journey through Dublin begins in the book: 8am on 16 June, on RTÉ Radio One Extra. It will also be available online. 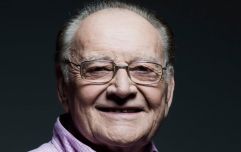 After 40 years of presenting, Larry Gogan to step down from 2FM this month

END_OF_DOCUMENT_TOKEN_TO_BE_REPLACED

Jim Jennings, Director of Content at RTÉ, said: "If you’ve never felt brave enough before, this is an ideal way to get into Joyce’s masterpiece.

"Guided by the exquisite performances of the RTÉ Players you will find yourself immersed in this stunning production within minutes. For those who have already read the book or enjoyed the original production in the 1980s, here is an opportunity to re-visit this unequalled moment in world broadcasting."

popular
Here's Week 58 of JOE's 19 in 90 quickfire quiz
What the hell is 'Stomp and Holler', and why does Spotify insist that you love it?
Micheál Martin responds to claims that he is "protecting the pubs in Dublin"
'Players, after games, are reading the most toxic stuff being written'
Sale of luxury castle in Kerry, described as "one of Ireland’s best kept secrets”, completed for €4.5 million
Donald Trump seems to indicate he will run for Presidency again in 2024
Elliot Page – Inception and Juno star announces he is transgender
You may also like
11 hours ago
Documentary on Fungie's disappearance and The Den Christmas special among highlights of RTÉ festive schedule
2 days ago
Liam Neeson to narrate landmark two-part series marking the 175th anniversary of the Great Famine
1 week ago
"I let everyone down" - Miriam O'Callaghan apologises on-air for photo at RTÉ retirement gathering
1 week ago
WATCH: David McCullagh and Eileen Dunne apologise on air for attendance at RTÉ function
1 week ago
Urgent review sought of “grave breaches” of Covid-19 guidelines at RTÉ retirement function
1 week ago
High-profile RTÉ staff apologise after attending "impromptu" gathering in Montrose during Level 5 restrictions
Next Page