Major age gaps between cities and rural areas in Ireland

Are you a country mouse or a city mouse?

On Monday, the Central Statistics Office published a new report titled "Urban and Rural Life in Ireland 2019" featuring figures on statistical disparities between cities and rural areas in Ireland.

Perhaps most notably, major age gaps can be seen between populations in cities and highly rural areas.

Cities had the highest median household disposable income of the six classified areas in 2017 at €46,458, while satellite urban towns had the second highest at €42,709.

Satellite urban towns also had the highest percentage of internet coverage at 85.9%, compared to highly rural areas, where three out of 10 houses didn't have any internet at all.

One in 10 people living in independent urban towns are living in consistent poverty. 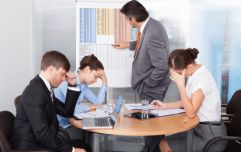 END_OF_DOCUMENT_TOKEN_TO_BE_REPLACED

People living in independent urban towns also have the least disposable income, at €17,433. That same group of people also reported the lowest percentage of good health, with 55.2% reporting their health as very good compared to the national average of 59.4%.

Independent urban towns are defined as towns of a population between 5,000 and 50,000, where less than 20 percent of the usually resident employed population's workplace address is in 'cities.'

Cities are defined as "towns/settlements with populations greater than 50,000".

You can explore all the details of the report here.


popular
Two men arrested in Keane Mulready-Woods murder investigation
Tayto have launched two brand new crisp flavours for you to get stuck into
Army bomb squad called in over suspect device found in North Dublin
Here are all the best new titles coming to Netflix in March
It's Week 20 of JOE's 19 in 90 quickfire quiz
Gardaí launch investigation into four-lane motorway sulky race
The story behind Netflix's latest true crime documentary is absolutely off-the-wall bonkers
You may also like
16 hours ago
A preferred route has been chosen for the new Cork to Limerick motorway
1 day ago
History to be required Junior Cycle subject from September
1 day ago
Two Irish citizens have tested positive for the coronavirus
1 day ago
Ryanair plane in Dublin disinfected after two people fall ill on flight
2 days ago
Irish passengers are on board two ships where the coronavirus has been detected
2 days ago
Met Éireann says to expect thunder, hail showers and potentially snow in parts today
Next Page