Did you grow up in the 'back arse of nowhere?' Do you still get made fun of by your Dublin friends because of your big culchie accent?

Heading to the big smoke can be a big change and every now and again, it's okay to get homesick and if you still reside in the countryside, don't ever take it for granted.

END_OF_DOCUMENT_TOKEN_TO_BE_REPLACED

Here are some of the things you will only understand if you grew up in Rural Ireland.

You'd do anything to try and get out of this. You'd fake illnesses and injuries because you would rather spend a scalding hot day stuck in bed than down handling lumps of dirt.

Essentially, that's what it is and the sight of the 'bogman' slowly chugging his way past your house would bring an instant tear to your eye.

If you couldn't get out of going to the bog, you are most definitely an expert in footing and turning turf at this stage but you probably have mental scars from getting royally sunburnt and ate by midges down there.

END_OF_DOCUMENT_TOKEN_TO_BE_REPLACED

Clip via in bloom 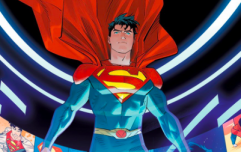 END_OF_DOCUMENT_TOKEN_TO_BE_REPLACED

It started to die out in the early noughties but the shop van was once a vital part of rural Ireland. It provided a weekly service around the countryside and especially supplied old people in the area who were unable to travel into town for their weekly shopping.

Staying with your nanny for the week made it all worthwhile when you could pig out on sweets and sugary drinks from the shop van.

The 'Big Day' out in Dublin

Heading up to the capital for a day of shopping was treated the same as if you were heading to outer space with NASA. You'd set off first thing in the morning and would stop off for breakfast around the half-way mark.

Once you were of age, you would be let roam the streets of Dublin by yourself and the construction of The Spire was fantastic because it became the new 'meet-up spot' for when you were setting off home at 4pm.

You could be having the all-mightiest of craic in the house with the family, but the place would come to a standstill once you heard the opening music for the death notices.

Standing there, you would hear that the death had occurred of someone in Castlebar before the presenter would proceed to name out their entire family... "brother of Tommy, son of Margaret."

There was always one certainty regarding the death notices; your parents would know of at least one person who had died and would spend the next few minutes questioning whether they needed to go to that funeral or not.

Driving at a very early age 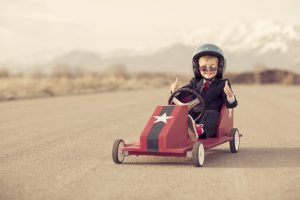 The roads were quiet (well, most of the time, but we'll get to that later) and sometimes out of boredom, you'd ask your mam or dad if they'd let you drive the car down the road to the neighbour's house.

At the age of 13, of course, you thought this was the coolest thing ever, even though you were probably only going two miles per hour and your parents had their hand firmly gripped around the handbrake.

If you grew up on a farm, the art of driving probably started even earlier than that and you would be called into action by being asked to move the quad or tractor from one end of the field to the other.

You'd be lucky if you had double figures in your primary school class and if the school itself broke the 100 mark, it was considered a big school.

Being in a small school had its ups and its downs. You knew everyone's name and everyone knew yours, it didn't matter whether you were a scary sixth year or a frightened first year, everyone got along.

However, mitching school was next to near impossible, not only would the teachers notice you were missing straight away, you'd probably meet someone on the road who knew your mam and would contact her before you had the chance to say "oh bollox".

Traffic? In the countryside? Are you for real?

Not your conventional M50 traffic but much worse. At least on the M50, you know that the cars won't stay there forever but in the countryside, the animals will have other ideas.

This could pan out a few different ways. If the sheep and cattle are being moved by their owners, you were in luck as the process would be quick enough.

However, the majority of the time, they were left unaccompanied and you would be left belting the car like a raving lunatic and shouting random words like 'hup' and 'sca' in order to try and move them.

The last resort would involve getting out of the car and doing star jump-like motions in the hope of getting them to clear to the side of the road or give you enough room to pass.

You wave to everyone 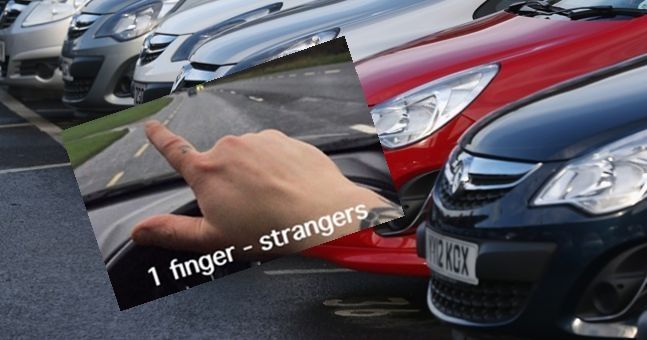 It's gospel. If you don't wave, you will be called ignorant and if you're not from there, you will automatically be outed as an 'outsider'.

The ultimate respect you can earn in rural Ireland is a 'hand against the windscreen' wave.

"LOOK OUT FOR THE POTH-, aw shite." Many a tyre has met its death driving in the countryside. It's also a great topic of conversation - "When did that get there?" and "Make sure and watch out for the massive one just on the right after the new house".

Many the election campaign was built around fixing the potholes in the area.

Whether Eircode is a good or bad idea this advert is spot on! #eircode @Postvox https://t.co/FBzTZKar9V

When you have a very limited amount of signposts leading to your house, everything becomes a landmark.

"So, listen carefully. You should see this house on your left and their dog is going to come rushing out barking; if a dog doesn't come out, you're in the wrong place."

The last to get the Internet

Going to your mates out in town meant that you could finally update your Bebo page because the dial-up connection at home wasn't strong enough.

The majority of internet service providers say on their adverts that they cover 99.9% of the country. "WHY THE F**K DOES MY AREA ALWAYS HAVE TO FALL INTO THE 0.01% category?"

Even now, it's still extremely slow compared to everywhere else. Then again, how would you expect your house to have fast internet when you can't even get the '3G' symbol to appear on your phone?

Despite the lack of internet, we still long to ramble home and spot the green grass (people outside the countryside use a white line to determine the middle of the road) on our return.

popular
Met Éireann issues weather warning for three counties
An underrated Jason Statham thriller is among the movies on TV tonight
QUIZ: Take your very best shot in this tough General Knowledge Quiz
QUIZ: Can you conquer this delightfully difficult General Knowledge Quiz?
The 50 most iconic songs of all time* have been revealed
The JOE Movie Quiz: Week 160
This is how much time most men need after orgasm before a second round
You may also like
3 days ago
Eir prices to increase every April from next year
3 days ago
A hidden gem stands out at the top of TripAdvisor's list of the top 10 attractions in Ireland
4 days ago
Tomorrow is set to be the hottest day of the year but it’s not going to last
4 days ago
Varadkar defends volatile exchanges with Pearse Doherty, says they were "self-defence"
5 days ago
QUIZ: Can you name the 32 counties of Ireland in order of size from the biggest to the smallest?
5 days ago
Irish people are paying a hell of a lot more for alcohol than other EU countries
Next Page