"The sacrifices and self-discipline made by all of you up until now have been phenomenal."

Tubridy, who returned to his radio slot earlier this week, began the show with a personal speech in which he thanked Ireland's frontline 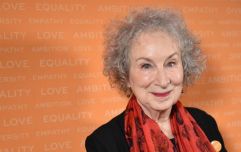 END_OF_DOCUMENT_TOKEN_TO_BE_REPLACED

Once again, Tubridy presented the show from an empty studio, and delivered an opening monologue addressing the global health crisis.

"Just allow me to tell you something very personal, if you'll indulge me... As you may know I was troubled by a very simple cough last month, and I'm talking about a really mild cough. Under normal circumstances no big deal whatsoever, no temperature, no aches, no flu at all."

Tubridy went on to say that he decided to self-isolate "just in case," and was later tested and diagnosed with the virus.

"While I wasn't with you, I got to see the professionalism of our ambulance services and of our contact tracing workers, and our national laboratory staff, and I want to thank them publicly tonight from the bottom of my heart. They're a remarkable group of people, and they have families who wait for them, and they're worried.

"The sacrifices and self-discipline made by all of you up until now have been phenomenal. It's now been four weeks since our national shutdown began, and in that time, every one of you, everyone on this tiny beautiful little island, have had your lives completely and utterly upended in order to slow the spread of this lethal virus."

Tubs went on to acknowledge the pain the country is feeling as restrictions have been extended until at least 5 May. "Watch TV, FaceTime the fiancé, Skype the sister, sleep in, eat lots, read if you can, sing if you want to. None of those things are banned."

"Go easy on yourself. That's what I did for the last few weeks, I went easy on myself."

“I want to thank them publicly from the bottom of my heart because they're a remarkable group of people.”

After being away from our screens for the past two weeks, Ryan opened the #LateLate thanking our frontline staff for their service. pic.twitter.com/Ei4lpMuUaS