Sam Shepard, star of Bloodline and Black Hawk Down, has died aged 73

According to Broadway World, Shepard passed away peacefully in his home, surrounded by loved ones.

He has suffered with amyotrophic lateral sclerosis (ALS) but it is unknown if this had any direct role in his death. 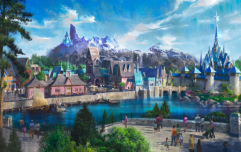 END_OF_DOCUMENT_TOKEN_TO_BE_REPLACED

Shepard had a long, eclectic acting career in Hollywood, staring in classics such as The Right Stuff, Black Hawk Down, Paris Texas, Steel Magnolias and The Notebook.

More recently, he had appeared in Netflix's crime show Bloodline, and had become a staple in modern thrillers such as Midnight Special, Cold In July, Killing Them Softly and Out Of The Furnace.

Shepard was also considered to be one of the greatest American play-rights of his generation, having won numerous high-profile awards for his plays through the years.

The Big Reviewski || JOE · Mortal Kombat director Simon McQuoid and new Sub-Zero star Joe Taslim on fatalities and fight scenes
popular
Everything you can do from tomorrow as biggest easing of restrictions in months to take place
QUIZ: Can you identify the EU country of origin from these €1 coins?
Public warned over largest infestation of Portuguese Man o’war in Ireland over 100 years
The JOE Movie Quiz: Week 101
QUIZ: Can you list the 32 counties of Ireland in order of population size from largest to smallest?
The JOE Music Quiz: Week 56
Taoiseach Micheál Martin has received his first dose of Covid-19 vaccine
You may also like
4 days ago
Benedetta is undoubtedly going to be the most controversial movie of 2021
5 days ago
The new Sub-Zero discusses his favourite fight in the new Mortal Kombat movie
1 week ago
Wild Mountain Thyme is now available to watch at home in Ireland
2 weeks ago
The Ultimate Oscars Quiz
2 weeks ago
33 huge movies coming to cinemas in 2022
2 weeks ago
The full list of all the new shows and movies coming to Netflix in May
Next Page