So what's it all about?

Research has long told us that attraction can be instigated from internal factors such as resistance to disease and fertility, but scientists at Queens University, Toronto looked at whether these features needed to be consistent and found interesting results.

Dr. Nikolaus Troje has found that by looking at these features together, you see the need for consistency within the features.

END_OF_DOCUMENT_TOKEN_TO_BE_REPLACED

The team used moving dots to highlight a person's movements and had them rated both as a shape and as a movement.

The study found that the two ratings did not correlate and in fact mixing the two led to a negative rating as people are highly sensitive to inconsistency.

This means if a woman attempts a catwalk stroll but doesn't pull it off they would be rated less sexy than walking naturally. 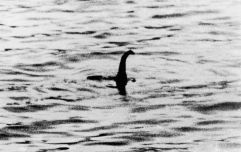 END_OF_DOCUMENT_TOKEN_TO_BE_REPLACED

Basically, the human eye and mind is highly susceptible to inconsistency, such as a mistake or a fault.

The study also found that overall appearance is more important than individual features.

For example, you might have amazing blonde hair, but if it is dyed and doesn't match your natural complexion, you would be rated less attractive than if you had hair that suited your face.

In summary, appearing consistent is more important that being striking and therefore acting normal may actually get you a higher attraction rating than faking it and getting it wrong.

So there you have it. Science says just be yourself.

popular
Amazon Prime Video has just added 21 big movies to its library
Netflix has just quietly added 12 big movies to its library
Seven more suspected cases of unexplained hepatitis in Ireland under investigation
Couple injured after alleged homophobic attack in Dublin
Gardaí investigating firearm being discharged near film set in Donegal
10 men arrested in connection with alleged League of Ireland match fixing
Dáil passes motion to secure public ownership of National Maternity Hospital site
You may also like
2 weeks ago
Severe Covid can cause brain impacts equivalent to ageing 20 years, study finds
3 months ago
QUIZ: Can you get 15 out of 15 in this tricky science quiz?
4 months ago
Researchers capture footage of rare fish with transparent head
4 months ago
Biologist explains how you could be doing your antigen test wrong
2 years ago
Young people are growing horns on their skulls due to using their phones too much
2 years ago
Scientists tracking asteroid with 1 in 7,000 chance of hitting Earth this September
Next Page