Eight people were arrested in total.

Six-off duty officers have been arrested following an incident that occurred in Portstewart at 1am on Wednesday morning.

Eight people were arrested in total following the incident, three of whom were taken to hospital and treated for minor injuries. It's being reported by Derry Now that two of the people involved are foreign nationals and that the police are investigating a hate crime element to the incident. 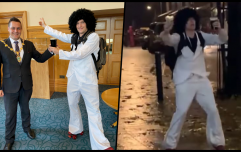 END_OF_DOCUMENT_TOKEN_TO_BE_REPLACED

Chief Superintendent Garry Eaton said, “this investigation is still at the early stages and we are following a number of lines of enquiry including reviewing CCTV footage and identifying and speaking to witnesses. I would encourage anyone who was in the area of Church Pass in Portstewart during the early hours of Wednesday and witnessed the altercation to contact detectives in Coleraine."

“Discipline Branch is also conducting an internal investigation and therefore it would not be appropriate for me to comment further however what I can say is that the Police Service of Northern Ireland expects its officers and staff to behave professionally, ethically and with the utmost integrity at all times. Any deviation from those standards is unacceptable and we are committed to ensuring that where officers and staff fail to maintain the high standards expected of them they are dealt with appropriately.”

All parties have been released on bail.