Brought to you by Smirnoff We're Open

There’s no denying that Ireland is a country that’s undergone a shift in its identity in recent years. 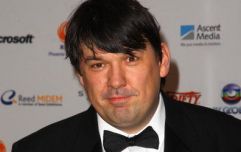 END_OF_DOCUMENT_TOKEN_TO_BE_REPLACED

In the lead-up to the marriage equality referendum in 2015, the country's LGBTQ community gained a level of exposure in our cultural landscape that it was never afforded previously. Figureheads like Panti Bliss came to represent a new era in our society.

For someone like Anthony Keigher, it was only 2005 that he was thinking "Right, I’m gonna just accept I’m gay and just pretend I’m straight". Luckily, that didn’t turn out to be the case for him. What more, the country voted overwhelmingly to accept him as an equal citizen just 10 years later.

Anthony was recently chosen as one of the faces of Smirnoff’s We’re Open campaign. More accurately, his alter ego XNTHONY was chosen. “I created XNTHONY, this outrageous, exuberant and exaggerated version of myself, not unlike a superhero alter ego." The campaign celebrates and amplifies the voices of trans and non-conforming individuals, partnering with figures like XNTHONY to change how we see nightlife culture for the better.

It's indicative of the increasing level of acceptance in the country that an artist such as XNTHONY has found a home for his work in Ireland. That acceptance extends beyond a mere increase in media presence, reaching right into the fabric of everyday life. Spaces like the nightlife scene are where his performances have been able to thrive. His act, which you can check out here, unfolds on stage in the theatre, at the club and online. 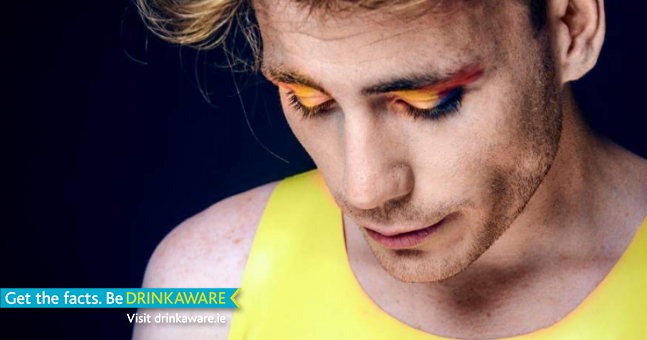 It's a performance that can be traced right back to his upbringing in rural Roscommon. “When we were children we never had anything given to us, so we had to make our own theatre happen, which has definitely informed my DIY approach."

Despite the positive influence of his hometown, he moved to London a few years ago, having gotten too big for his own boots, as he describes it. The city offered a place where “opportunity is more in reach purely because of the massive scale of the place”.

Taking up the baton 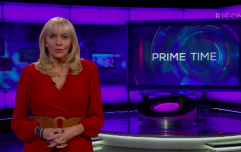 END_OF_DOCUMENT_TOKEN_TO_BE_REPLACED

Developing the show further, the character and its creator found their way back to Ireland, performing on a regular basis and highlighting a fresh movement in Dublin "which provides a safe space for queer self-expression". He says that "LGBT+ leaders from the 80s and 90s did the groundwork in pushing Ireland into the future... Now the baton comes to us to push forward".

Taking up that particular baton goes further than simply occupying that safe space in Dublin. It would be easy to assume that the level of acceptance found in the capital becomes more scarce the further you move from the populated areas. That's not been XNTHONY's experience, describing his home county of Roscommon as having an “extremely strong sense of community".

The opportunity to perform his show in front of friends and family proved to be a “heartwarming experience,” the highlight of which was seeing his twin sister beaming at him in the audience.

“My family were there. My parents were, for the first time, genuinely proud. I had come home.” 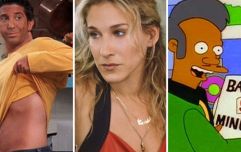 END_OF_DOCUMENT_TOKEN_TO_BE_REPLACED

Home is a place that continues to influence XNTHONY's act. "I also love bringing the ideas of Ireland back over to London! Great storytelling, wit, and use of form are things the Irish do very well."

As far as how that act will develop in the future, XNTHONY says: "I’m going to be making a pop concert about Roscommon. I may even learn how to do my make up properly. I can’t wait."

The Smirnoff We're Open campaign aims to put gender identity front and centre in mainstream conversation and to create a positive change in nightlife culture. Through its continued partnership with Dublin Pride and events like the Mother Pride Block Party, Smirnoff sees the intrinsic value of creating open, safe spaces for the LGBTQ+ community to fully express its identity. Smirnoff will also be bringing DJ and producer Honey Dijon to Dublin to play her first Irish show hosted by Smirnoff this spring.

Brought to you by Smirnoff We're Open

popular
QUIZ: How many of these characters from The Simpsons can you name?
Two children, aged 3 and 4, hospitalised after consuming suspected cannabis jellies
Australian woman stuck with Irish accent after tonsil surgery
The 50 most iconic songs of all time* have been revealed
Alastair Campbell accidentally announces death of The Queen live on GMB
Assassin's Creed director on why Ireland is the perfect setting for their new game
PICS: The man with the biggest penis in the world has one unbelievable problem with it
You may also like
1 month ago
Baker who refused to serve gay couple now being sued for refusing to bake gender transition cake
7 months ago
Fermoy terminates twinning arrangement with "LGBT-free" town in Poland
7 months ago
American soccer team walk off pitch after opposing player allegedly used homophobic slur
1 year ago
WATCH: Dublin Bus publish delightful video focusing on Ireland's older LGBT people for Pride
1 year ago
TD says STI clinics are over capacity
1 year ago
Alabama Public Television refuses to air episode of Arthur with gay wedding
Next Page