To kick off our new Snickers Workwear ‘Hero of the Week’ feature, we’ve decided to go for one of the hardest working men in the (imaginary) media industry, Ron Burgundy.

WE NEED ALL OF YOU, TO STOP WHAT YOU'RE DOING AND LISTEN… There are 101 reasons to love the Ron Burgundy character, from his easily recognisable quotes to his meticulously manicured moustache, Ron really is one of the best characters that Hollywood has produced in a long time.

The popularity of the KVWN Channel 4 News Team lead anchor is pretty clear, as before the announcement of Anchorman 2 was made on the Conan O'Brien show nearly two years ago, people were still quoting some of Ron's best-remembered lines, even though Anchorman: The Legend of Ron Burgundy hit cinemas back in 2004 – 9-years ago. 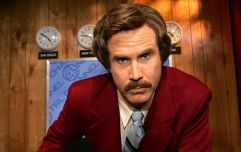 Video: Ron Burgundy will be proud, a TV newsreader actually quoted Anchorman in this prank

END_OF_DOCUMENT_TOKEN_TO_BE_REPLACED

Here’s a look at just some of those famous Burgundy quotes:

"I love scotch. Scotchy, scotch, scotch. Here it goes down, down into my belly..."

"Discovered by the Germans in 1904, they named it San Diego, which of course in German means a whale's vagina."

And who could forget:

Ron also has a soft spot for us Irish as he recently recorded a very special news cast to inform the world of Love/Hate... 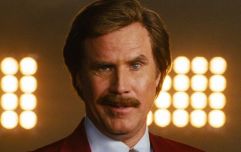 Happy Birthday Will Ferrell: Here are 10 things that the great man has taught JOE

END_OF_DOCUMENT_TOKEN_TO_BE_REPLACED

It’s safe to say that Ron is the man that every woman wants and every man wants to be. Why you ask? It’s simple, he’s not just Anchorman… he’s a Hammer man too and just so you know, before anything gets hammered, screwed or laid by Ron Burgundy, it's Snickers Workwear protection he’s packin’ my friends…

And that right there, is why it’s no surprise that he is this week’s Snickers Workwear ‘Hero of the Week’

popular
Netflix has just added 33 very big movies to its library
QUIZ: Can you guess the crisps from the pixelated packet?
Six people dead after mass shooting at Fourth of July parade in Illinois
One of the coolest movies of recent years is now available to watch at home
The full list of cancelled flights in and out of Dublin Airport on Monday (so far)
QUIZ: It's time for one of our trickiest General Knowledge Quizzes yet
The JOE Movie Quiz: Week 161
You may also like
8 months ago
EXCLUSIVE: Stephen Donnelly compared to Ron Burgundy and David Brent by senior officials in explosive new book
3 years ago
Fancy kickstarting your mortgage at a free Anchorman screening in Waterford?
3 years ago
WATCH: Ron Burgundy challenged one of 2019's biggest pop stars to a jazz flute challenge
4 years ago
Anchorman 3 could be happening as the director shares his idea for the bonkers plot
5 years ago
Which movie has the funniest blooper reel?
5 years ago
Steve Carell wants to shoot Anchorman 3 in Ireland
Next Page