Someone in Donegal has woken up €1million richer after Saturday's Lotto

It's a very happy Mother's Day for somebody out there.

One shop in Donegal has claimed its second Lotto victory of the year during last night's draw (30 March).

The National Lottery confirmed today that Barclay’s Newsagents in the Diamond, Raphoe, sold the golden Lotto Plus 1 ticket – the same shop that sold a EuroMillions Plus winning ticket landing a local man €500,000 in February. 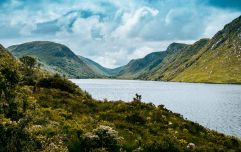 END_OF_DOCUMENT_TOKEN_TO_BE_REPLACED

It's also the third win for the town of Raphoe in 2019. A local sold the winning Match 5 Plus Bonus winning ticket from the Lotto Draw on 28 – nabbing that ticket holder a cool €98,068. According to the 2016 Census, Raphoe has a population of just 1,089 people.

The owner of the winning Lotto Plus 1 shop, Jimmy Barclay, said today he was delighted to hear his shop had sold another big National Lottery ticket "This is great news we can’t believe it! This is a very small town and to have sold a Lotto Plus 1 and a EuroMillions Plus winning ticket within a few months is brilliant."

The store-owner also noted that a lot of people drive through the area, suggesting that the winner might not even be from Donegal.

So get checking those tickets!

popular
"It goes off big time!" - The stars of House Of The Dragon tell us what to expect from the new show
Robert Troy apologises and submits seven amendments to correct the record
A very tense '90s action thriller is among the movies on TV tonight
One of 2022’s best hidden-gem comedy series is available to stream
Gardaí warn public of increased incidents of drink spiking in clubs and nightclubs
HSE to set up laboratory at Electric Picnic which will test illegal drugs
You may also like
2 weeks ago
Four people hospitalised after vehicle crashes into crowd at Donegal festival
1 month ago
Warning issued after reports of Donegal holiday accommodation scam
1 month ago
Man in his 70s dies following crash in Donegal
2 months ago
Met Éireann issue warning for potato blight this week
3 months ago
Gardaí investigating firearm being discharged near film set in Donegal
3 months ago
17-year-old girl dies following road crash in Donegal
Next Page