PICS: This guy’s mates ensured his stag weekend got off to a humiliating start at Dublin Airport

And this is probably only going to be the start of it.

A stag weekend can be a daunting experience for a groom-to-be.

Sure, the object of the weekend is to give him a good send-off with some of his best mates, but a little (and sometimes a lot) of humiliation is to be expected.

And accepted. It’s pretty much par for the course and you've little choice but to go along with it.

The friends of Anthony Slaughter from Tallaght started the process of humiliation fairly early ahead of his stag do in Malaga this weekend, as early as before 6am on Friday morning, in fact.

Having obviously looked after his travel arrangements for the weekend, Anthony’s mates presented him with a giant-sized boarding pass to present at the check-in gate, which he manfully tried to scan through himself. 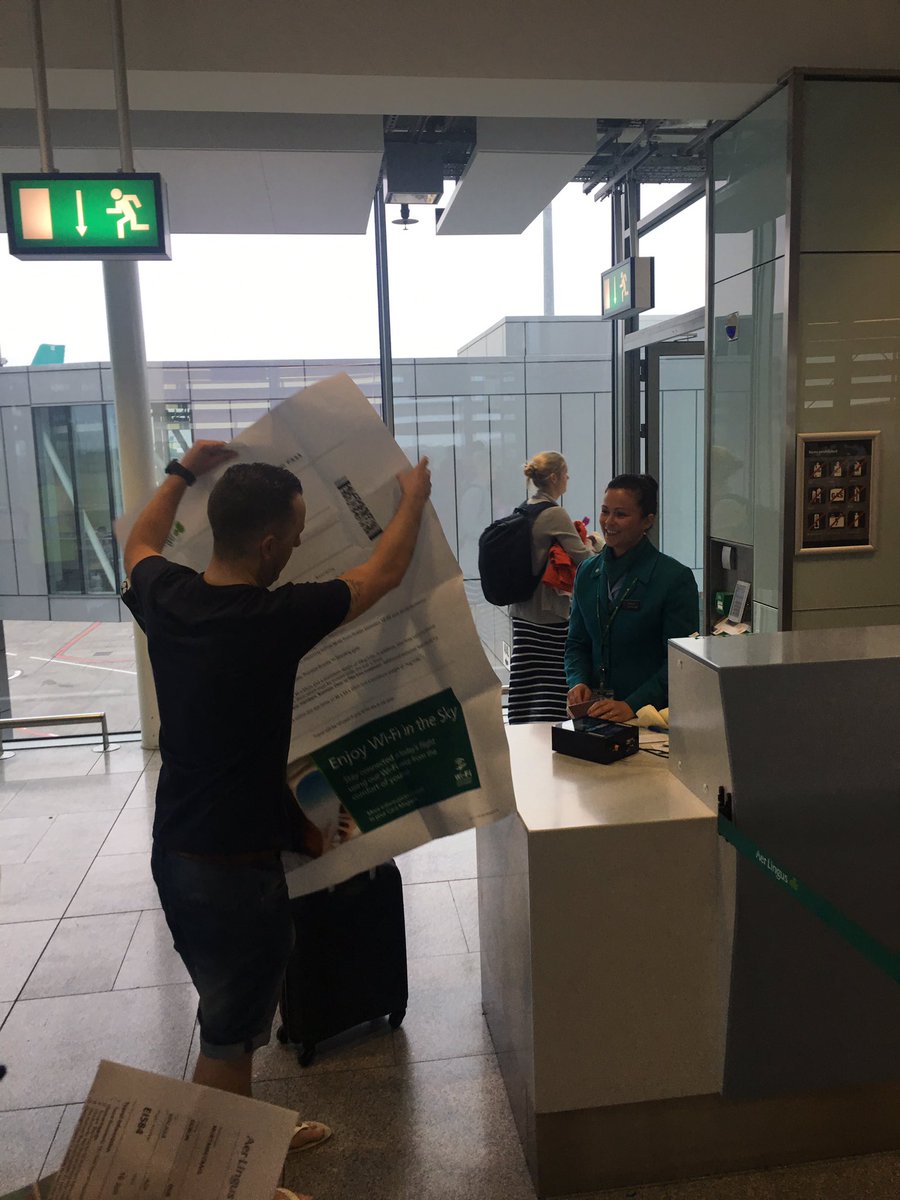 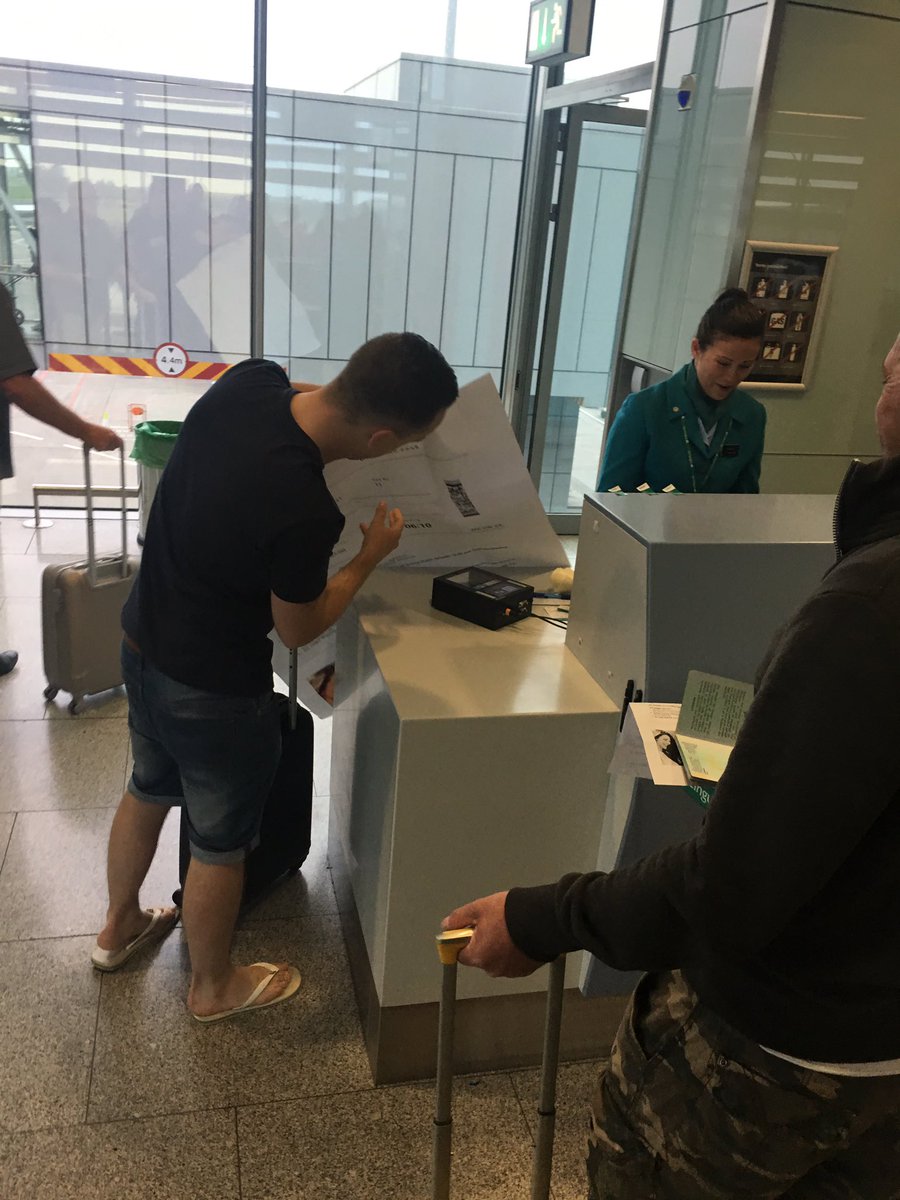 END_OF_DOCUMENT_TOKEN_TO_BE_REPLACED

Judging by the pictures, the Aer Lingus staff greeted the stunt in the spirit of the weekend and smiled for photos with Anthony before he boarded the flight.

If you can detect a hint of worry in Anthony’s demeanour, that’s because he probably knows that it’s only going to get worse from here on in. 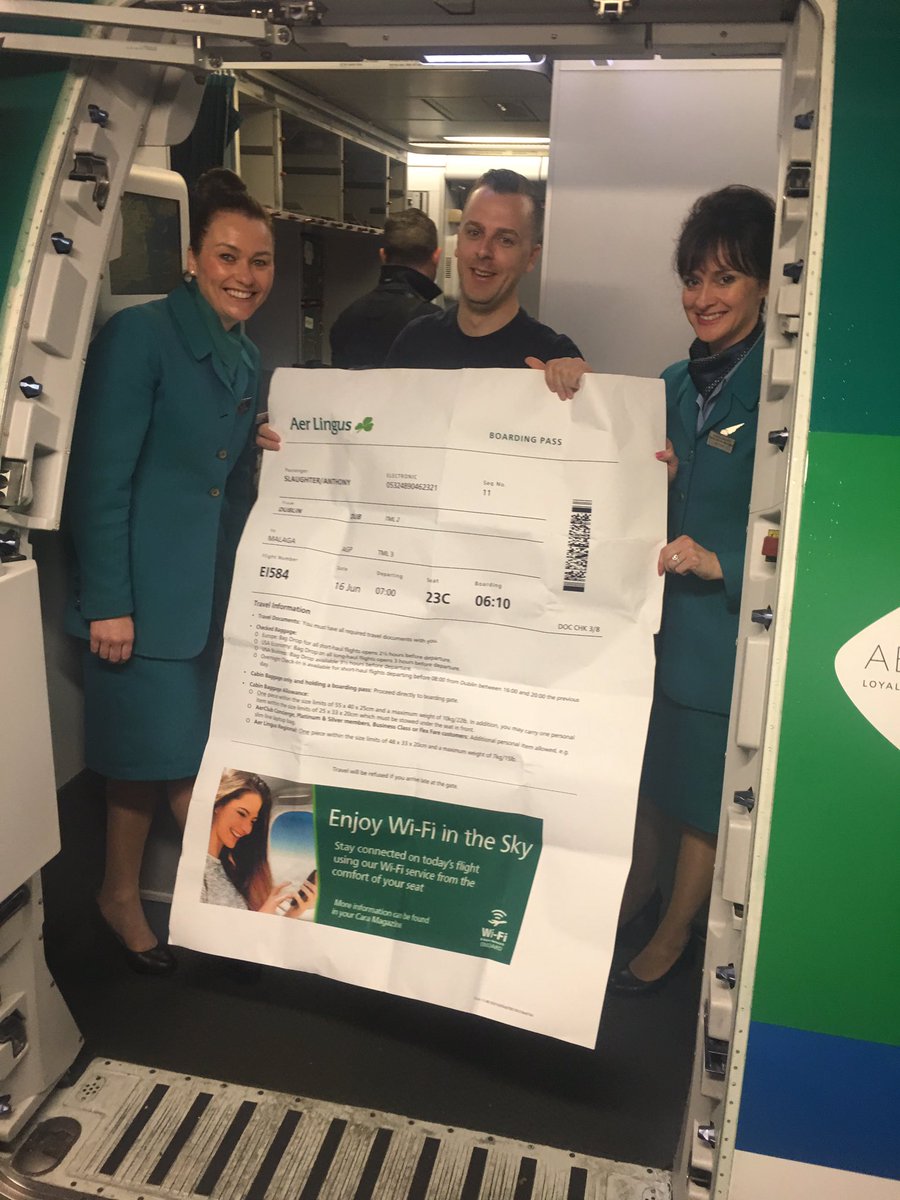 Fingers crossed he makes it back in one piece.

Thanks to Stephen Nutley for sending this our way. Got a story for JOE? Hit us up on Facebook or Twitter, send it to our WhatsApp number 087-4001102 or mail editorial@JOE.ie.


popular
Ireland's best places to work for 2020 have been revealed
Interactive infographic shows real-time spread of coronavirus outbreak
Here's Week 21 of JOE's 19 in 90 quickfire quiz
QUIZ: What movie/TV show are these fictional sports teams from?
ISPCA rescue horse tied to electricity pole in Tipperary
Six dead following mass shooting in Milwaukee
Emirates is recruiting new cabin crew members in Galway for tax-free jobs
You may also like
3 months ago
25 of the funniest tweets you might have missed in October
3 months ago
WATCH: RTÉ raised their game with their Halloween reporting on Thursday
5 months ago
Comedian Josh Pray to stop making Irish-themed videos following online abuse
5 months ago
Four Irish entries in Cosmopolitan's top 30 most swiped Tinder accounts in Ireland and the UK
6 months ago
WATCH: American comedian Josh Pray is back with his reaction to All-Ireland final
6 months ago
WATCH: Referee forgets his whistle and has to use a harmonica instead
Next Page