All signs point to the Marble City of Kilkenny this June Bank Holiday weekend as a stellar line-up has just been announced for the Cat Laughs festival.

END_OF_DOCUMENT_TOKEN_TO_BE_REPLACED

There are festival debuts from comedian & actor TJ Miller (pic below) who currently stars in HBO’s “Silicon Valley”, Scottish comedian Fern Brady who was a finalist in the Edinburgh show “So You Think You Are Funny” competition, Scott Gibson who last year won the best newcomer award at the Edinburgh Fringe, and last but not least internet sensation Limmy. 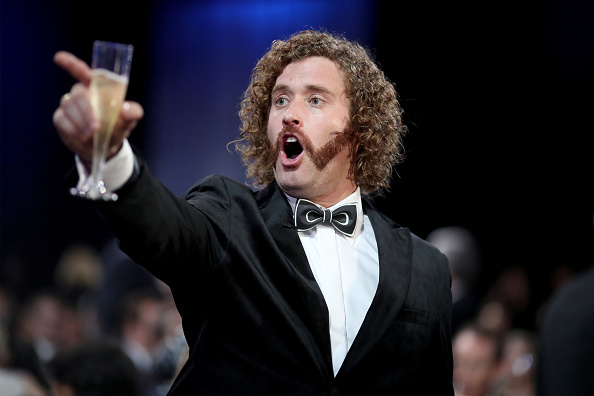 Also featured will be the best of Irish podcasts -  'Irishman Abroad' host Jarlath Regan will be interviewing Silicon Valley’s TJ Miller and Game Of Thrones star Jack Gleeson, and for the first time ever The Second Captains Live show will travel to the festival.

popular
Jeffrey Dahmer’s dad thinks he knows what’s to blame for son becoming a serial killer
Two new 24-hour bus services are coming to Dublin
QUIZ: Test your knowledge with this Ultimate Friends Character Quiz
House Of The Dragon is already better than Game Of Thrones
Power-ranking the House of the Dragon characters after THAT big fire
WATCH: HBO's The Last Of Us trailer is finally here and it is brilliant
People think they've figured out the ranking of the viewers on your Instagram Stories
You may also like
3 days ago
2022's sexiest show is finally available to watch in Ireland
1 month ago
WATCH: The full trailer for Cobra Kai season 5 has landed
2 months ago
Comedian Rhod Gilbert reveals he is undergoing cancer treatment
2 months ago
Celebrity Juice axed by ITV after 14 years as Keith Lemon pays tribute to "the longest most fun party"
3 months ago
One of the best sitcoms of recent years is finally available to watch in Ireland
4 months ago
Dave Chappelle attacked on stage during Netflix stand-up show in LA
Next Page