Stephen King's new book, described as "IT for the Trump era", is said to be his best in years

We think we just found our next must-read.

Stephen King has always been a bit of a hot property, but very rarely has an artist of any profession been part of such a powerful comeback like he has in the last few years.

Between IT becoming one of the biggest box office hits in horror, to Mr. Mercedes (both the TV series and the book trilogy) being massive successes, and Netflix snapping up the rights to as many adaptations as they can get their hands on, it can sometimes be easy to forget that King has been at the top of his game since his very first novel, Carrie, was published way back in 1974. 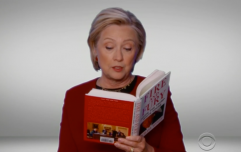 WATCH: Hillary Clinton performed a reading of the anti-Trump book Fire And Fury at the Grammys

END_OF_DOCUMENT_TOKEN_TO_BE_REPLACED

Closing in on his 60th novel, King is about to release The Outsider, and the early word on it is fantastic.

Centring on the story of a beloved baseball couch in Smalltown USA who is accused of murdering a young boy, is subsequently arrested by the local police, and has his entire hometown turn on him.

Initially he pleads his innocence, but the police have discovered a huge amount of evidence that pretty much proves it was him... until some video footage shows up of the coach at the book launch of his favourite author at the exact same time the murder took place.

This kicks off a murder-mystery like no other, and in typical King fashion, it heads into some terrain that readers probably aren't expecting.

Reviews have begun to be published, and they're enough to get us VERY excited to get our hands on it, not to mention start dream-casting the inevitable big-screen adaptation:

"King’s real subjects here are a world spinning out of control, the dangers of people who refuse to see the truth, and the rotting of a society in moral decay, like a supernatural No Country For Old Men. It seems significant that a character is threatened not with death, but with cancer, this world’s condition made manifest in the flesh. It seems more significant that twice we’re taken to locations where a ghastly event has occurred. One of them is graffitied with a swastika, the other with TRUMP MAKE AMERICA GREAT AGAIN TRUMP. Well, don’t monstrous times deserve a monster of their own?" - A.V. Club

"How does a place deal when the very best of them does the very worst thing imaginable? How does that man’s family and the family of the deceased boy go on living? And what of the cops who are faced with what seems like an impossible situation? The author plumbs to the gloomy depths with his cast before letting off the gas and giving them — and the reader — some needed hope. There are shades of It in the unspeakable evil that presents itself over the course of The Outsider. As one character says, “The world is full of strange nooks and crannies.” In King’s hands, real darkness is just as pervasive as the supernatural." - USA Today 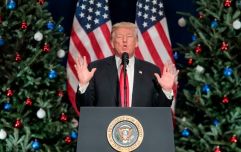 END_OF_DOCUMENT_TOKEN_TO_BE_REPLACED

"The Outsider gives King fans exactly what they want at the same time as cramming in new ideas, proving the least surprising thing of all: that his novels are as strong as they ever were." - The Guardian

The Outsider is available from all good book-stores from Tuesday 22 May.