Ireland doesn't do quite as well as you'd expect.

InterNations complied an Expat Index, asking those who have moved and are now living abroad, to rank the countries that they live in now in a vast number of different ways.

One of those rankings involve rating a country's friendliness, and the ease at which you might make new friends there. 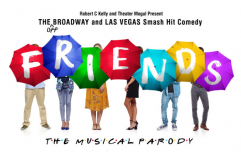 END_OF_DOCUMENT_TOKEN_TO_BE_REPLACED

Things we've learned from the results: Portugal is crazy friendly, as are most of Central and South America. A lot of central Europe, and particularly Scandinavia, appear to be one big cold shoulder to newbies in the area.

Also, while Ireland prides itself on being one of the most welcoming and friendly countries in the world, turns out the people who moved here disagree with that self-assessment.

Ireland came 23rd in the friendliness index, while the United Kingdom ranked 14th in the LEAST friendly.

Meanwhile, in the Making Friends ranking, Ireland again missed out in the top ten (and the top twenty), landing in 27th, and the UK came in 17th for MOST difficult in making friends in.

popular
The JOE Friday Pub Quiz: Week 314
Johnny Depp/Amber Heard trial movie unveils first trailer and it's not good
“Megaproject” MetroLink takes next step towards construction
Jeffrey Dahmer’s dad thinks he knows what’s to blame for son becoming a serial killer
Disney+ has just added 9 huge movies to its library
An Oscar-winning war thriller is among the movies on TV tonight
QUIZ: Can you name all the EU countries containing the letter "i"?
You may also like
6 days ago
QUIZ: Test your knowledge with this Ultimate Friends Character Quiz
3 months ago
Friends co-creator says she's now "embarrassed" by the series' lack of diversity
4 months ago
QUIZ: Name the TV show from the end credits production logo
4 months ago
Friends actor Mike Hagerty dies aged 67
6 months ago
The JOE Friday Pub Quiz: Week 285
11 months ago
Friends actor James Michael Tyler has died, aged 59
Next Page