That's it, we're starving ourselves

I'll happily admit that I'm a lazy sod when it comes to making a lunch to bring into work with me because I'm an absolute fiend for those extra 5 minutes in bed which ultimately cost me €5.

Flora Light have proven that there's a price to my lazinesses though after they conducted a survey on the lunch eating habits of Irish people and discovered that we're spending €1,300 a year on lunches from the shop.

END_OF_DOCUMENT_TOKEN_TO_BE_REPLACED

Cue every Irish person saying to themselves 'that's it, I'm making my own lunch and bringing it in with me' but that's just not going to happen now is it?

The survey also revealed that Ireland's most popular sandwiches were the classic ham and cheese, with the BLT coming in second, and cajun chicken third.

Anything to be said fr a crisp sandwich? 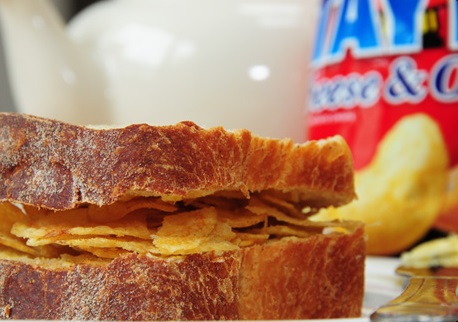 popular
Woman dies from hypothermia after telling doctor she 'couldn't afford heating'
An incredibly fun action blockbuster is among the movies on TV tonight
Here is a list of every Bank Holiday in Ireland in 2023
Katherine Ryan had plenty to say about Leonardo DiCaprio's dating life
The Last Of Us Episode Five will premiere days earlier in Ireland and UK
Nicola Bulley's phone found by the river 'could be a decoy', diving expert suggests
Amazon Prime Video has just added 21 big movies to its library
You may also like
4 weeks ago
"The best restaurant in the world" is closing down forever
4 weeks ago
Tesco employees in UK receive 'Quality Street tubs instead of Christmas bonus'
1 month ago
Bakery trolled after replacing gingerbread men with 'non-binary gingerbread people'
2 months ago
Toblerone logo has blown people's minds and they can’t unsee it
2 months ago
Heinz Beanz pizzas set to make a return
2 months ago
Cadbury has made a major controversial change to your beloved Heroes tub
Next Page