And just a few hours before they play England...

Sweden's football team were evacuated from their team hotel this morning due to an early morning fire alarm.

The alarm sounded at around 8.30am this morning, forcing the bleary-eyed Swedes out of their rooms and into the five-star hotel's lobby in Samara.

They looked "irritated and annoyed" before returning upstairs ahead of their World Cup quarter-final against England.

Rubbish start to the day for Swedish team. Fire alarm at team hotel under way. Doesn’t seem like an actual emergency but all up and out. pic.twitter.com/2eX8V7oItP

Sweden's hotel had to be evacuated this morning following a false fire alarm in Samara ahead of their World Cup quarter final against England. https://t.co/qdBR1eo9xp 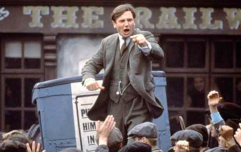 END_OF_DOCUMENT_TOKEN_TO_BE_REPLACED

Sky Sports' Geraint Hughes was at the venue and said: "A fire alarm went off just before half past eight local time here in Samara. The hotel Sweden are staying in had to be evacuated.

"It turned out to be a false alarm but nonetheless 'irritating' and 'annoying' are two words that spring to mind.

"The Sweden team are staying in a slightly different part of the hotel but they all had to leave their hotel rooms, all had to make their way down the emergency stairways and they had to come outside. 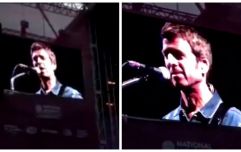 END_OF_DOCUMENT_TOKEN_TO_BE_REPLACED

"It's irritating and annoying for Sweden. It's not what they wanted on the morning of a big game.

"It could have been half 3, half 4, half 5 in the morning. Sweden have set times for a matchday, like England do, and they will want to go through their routines, eat at a certain time, rest at a certain time, and little things like this are very annoying."

It is unknown who is responsible for triggering the alarm, which could have been set off accidentally or by a guest smoking in their room.

Who could have done such a thing....?

Pictures from Sweden hotel where a fire alarm was set off early this morning either from someone smoking in room or setting off the alarm. Think I can see the most likely suspect lol #ENGSWE pic.twitter.com/V3hsprgjpo

popular
County where winning Lotto jackpot ticket worth over €5.5 million was sold confirmed
QUIZ: Can you get 100% in JOE's great big halfway through 2022 quiz?
Jordan Peterson suspended from Twitter over Elliot Page comment, says he won't apologise
The JOE Friday Pub Quiz: Week 301
Parent's Benefit Leave in Ireland is being extended from today - here's what you need to know
QUIZ: Can you name all the counties in Ireland without the letter 'A'?
The full list of cancelled flights in and out of Dublin Airport on Friday (so far)
You may also like
5 months ago
Prince Andrew's military titles and royal patronages returned to the Queen
1 year ago
UK to allow "friendly, intimate contact" from 17 May as lockdown restrictions ease
2 years ago
PICS: English flag burned in Louth ahead of Rugby World Cup final
2 years ago
Emergency services called after man gets stuck in a chimney
2 years ago
10 arrested after English policeman killed on duty
2 years ago
English town evacuated due to collapse of dam
Next Page