Our guide to taking great photographs that don't need a filter

The best photos are the ones that don't need filters

In the age of Instagram, it's probably fair to say that people are taking more photographs than ever before.

Quantity isn't quality, however. A lot of the time, it feels like scrolling through social media is nothing other than wading through an art gallery of awful photos with fancy filters thrown on. 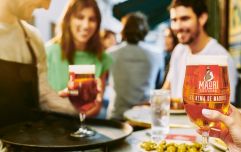 Madrí Excepcional want to kickstart your summer by giving you a FREE pint!

END_OF_DOCUMENT_TOKEN_TO_BE_REPLACED

You could be different. Our tips for taking photos seriously aren't hard to follow, but you could be the only one actually following them by cutting out the crap filters.

The brewers at Carlsberg are on the same wavelength, which is why they've created the new Carlsberg Unfiltered. By removing the filter, they have left more natural flavours in the beer creating a smooth cloudy pilsner – sounds good to us!

Not only will your photos stand out on social media, but they could be good enough to win our competition to be put up on a nationwide billboard.

We spoke to one of our own photographers, and he has more than a few pearls of wisdom to pass on:

"Whether it's your phone, a point-and-shoot, or a DSLR, you can't do things with your camera if you don't know they exist. 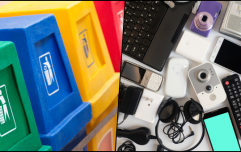 END_OF_DOCUMENT_TOKEN_TO_BE_REPLACED

"Simple tricks like the rule of thirds, leading lines, contrast and colour contrast will all step up your photography game with minimal effort.

"Once you learn the rules, learn to break the rules: Photographers understand that rules were made to be broken, but only once you understand what those rules are.

"If you don't know when to spot these rules, you won't know when to break them. The rule of thirds is a great compositional rule, and symmetry is always pleasing to the eye, but sometimes a photograph should be jarring, confusing, or whatever you want to express."

3. Pay attention to the light

"The only thing more important than the composition is the light. A poorly composed but well lit and exposed photo will always be more passable to a poorly lit and well-composed photo (although we should always look for both).

"Again, this ties intro rule four. Sometimes, unflattering, harsh, or very soft are all desirable, but only once you understand what's classically flattering to make beautiful and unique imagines straight out of your camera! Backlight, backlight, backlight!"

4. Take your time and move around

"If you want to get beautiful images without needing a filter, take your time! Explore your subjects from different angles, and think about the picture you're taking. There's nothing worse than looking at a photo you took and thinking "If only I moved to the left a bit" or "If only I paid a little more attention to x".

"It's easy to get stuck in one spot, but don't be afraid to get low, to climb on top of things, move closer or further away. Whatever it is, make sure you start moving."

5. Shoot a lot & talk to other photographers

"Without doubt the most important rule. No amount of literature or theory will teach you to take good photos, that only comes with experience.

"However, if all you do is take the same photo, your art will never grow. Don't be afraid to ask for help or advice, don't be fearful of trying something new and failing.

"I always try and stay on the lookout for beautiful lighting, or a nice scene, even if I don't have my camera with me."

6. Experiment and have fun

"Most importantly though, photography is about expression, and you should always enjoy that expression (even if it is sometimes difficult or scary).

"As Henri Cartier-Bresson once said; 'Your first 10,000 photographs are your worst.' Only with time and experience will you develop your intuition and eye, not with a better lens, or a better camera."

If you think your photography is good enough to stand out from the crowd, send us your photos of "Nature in The City." The winning photo will be featured as part of Carlsberg Unfiltered's April campaign, which includes a billboard in a top location in Ireland.

The idea behind the campaign is that the best things in life don't need a filter. The same should be said for your photographs, as only unedited ones will be accepted (trust us, we'll know).

Plus, you'll also win a state-of-the-art camera to take your photography skills to the next level. Fill out the form below and attach your photo to be in with a chance of winning.

popular
One of Liam Neeson's best ever performances is among the movies on TV tonight
Doctor Strange actress Zara Phythian receives 8 years for child sexual abuse
The six Eurovision countries with "irregular voting patterns" have been revealed
Eurovision producers reveal "irregular voting patterns" during Saturday night's final
Irish Rail will no longer provide on-board snack options for foreseeable future
Netflix has just added 11 big movies to its library
The 50 most iconic songs of all time* have been revealed
You may also like
18 hours ago
The new version of The Time Traveler's Wife is going to give you all of the feels
3 days ago
The Ultimate Ghostbusters Quiz
5 days ago
Has anyone seen Mr Tayto?
1 week ago
The Staircase sheds new light on one of the most famous murder mysteries of recent years
1 week ago
7 must-watch shows and movies arriving on NOW in May
1 week ago
QUIZ: Where in the body are these bones located?
Next Page