An extra Bank Holiday is also among a number of suggestions put forward.

Varying the timing of school holidays in different areas of the country has been suggested by the government’s tourism recovery taskforce as one way of revitalising the sector in Ireland.

The taskforce published its Tourism Recovery Plan 2020-23 on Tuesday, outlining a number of suggestions to boost an industry which has been hit significantly by the impact of the Covid-19 pandemic. 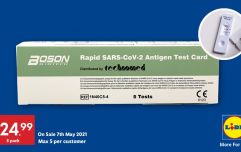 END_OF_DOCUMENT_TOKEN_TO_BE_REPLACED

One of the suggestions raised in the plan is staggering school holidays in different regions of the country, which would impact upon occupancy levels and pricing for accommodation in Ireland during peak periods.

“Given the crisis facing the survival of businesses, measures to stimulate domestic demand should continue to be pursued,” the Tourism Recovery Plan reads.

“The spreading of school holidays by region would extend capacity at peak periods (i.e. mid-term breaks). In the UK and across Europe, October half-term is sometimes spread by region/school type and this positively impacts both sector occupancy and pricing.”

The staggering of school holidays was just one suggestion included in the Tourism Recovery Plan, which was presented to the Minister for Tourism, Culture, Arts, Gaeltacht, Sport and Media, Catherine Martin TD, following the completion of the work of the Tourism Recovery taskforce.

The plan also includes the suggestion of an additional Bank Holiday to bring to 10 the number of Bank Holidays in the calendar year in Ireland.

Despite speculation that the Bank Holiday could occur as early as 21 December this year, if it is to be implemented, it is unlikely to happen before 2021.