Tayto Park forced to row back on reopening plans

Mr. Tayto will remain lonely for another while yet.

Tayto Park, the Tayto-themed theme park in Meath, has been forced to row back on its plans to reopen. Earlier today, the park had issued a statement saying that it would be ready to reopen by 18 June, and tickets became available for purchase on the Tayto Park website.

However, six hours later, the Ashbourne park was forced to climb down from this position. 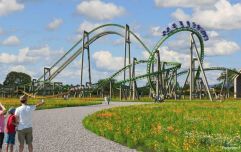 END_OF_DOCUMENT_TOKEN_TO_BE_REPLACED

In a statement issued on Tuesday afternoon, Tayto Park said: "We were enthusiastic to reopen and welcome guests back to Tayto Park from the 18th of June, as we believed we were entitled to do, in line with all communications from all regulatory authorities over the past few days.

"However, on reviewing statutory regulations that were published late yesterday evening, 8 June, it is with regret that we will have to remain closed until regulations permit us to reopen Tayto Park."

Plans had originally allowed for Tayto Park to admit 1,450 entrants per day by 18 June. There is now no set date for the park's reopening.

The statement also noted that people who had bought tickets between both announcements would be "reimbursed in full."

Ray Coyle, the man behind Tayto Park, said: "We're terribly sorry, particularly given the huge excitement we received this morning from everyone.

"Myself and the entire team at Tayto Park look forward to welcoming everyone when regulations allow."

Advertisement
House of Rugby Ireland · Quinn Roux on finding a home in Ireland and Mike McCarthy brings the absolute HEAT!
popular
Joe Biden begins presidency with 15 executive orders, some reversing Trump policies
Covid restrictions to last "well into February," says Coveney
People think The Simpsons predicted Kamala Harris becoming VP
Xbox reveals full list of exclusive games arriving in 2021
Snow and ice warning issued for seven counties
The 50 most iconic songs of all time* have been revealed
New year, new you, new career? This opportunity could be right up your street
You may also like
1 month ago
Tayto Park announce retro drive-in Christmas movie weekend
1 year ago
Grab the kids: Under 12s go free to Tayto Park this weekend
1 year ago
Tayto Park will be letting twins in for free this Saturday
1 year ago
An Bord Pleanála refuse planning permission for Tayto Park's new €14m rollercoaster
1 year ago
Here’s everything you need to know about Tayto Park FunFest this weekend
1 year ago
Tayto Park opens new attraction called the Sky Glider
Next Page