We imagine there'll be talks of a hack or that new intern copping the blame for this.

A NSFW video is receiving a lot of traction online and it's all because US Senator Ted Cruz.

END_OF_DOCUMENT_TOKEN_TO_BE_REPLACED

Cruz has over three million followers on Twitter, so it's likely that his interaction with the video from @SexuallPosts pushed it onto thousands of peoples' timelines.

Here is the video that Cruz's account liked (although we edited it slightly to make it safer for work). 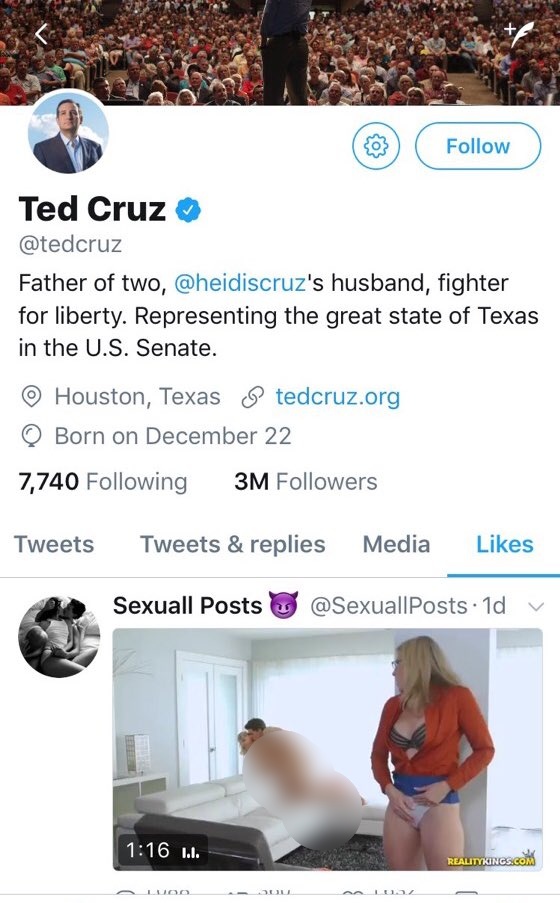 But of course, everyone was going to notice, how could they not?

Some were just waiting for that explanation...

somewhere in texas mcmansion, ted cruz is sleeping, blissfully unaware of the maelstrom of horror that awaits him in the morning

Just soaking it in...

It's all a trick to distract you from the truth...

When you realise why he's trending...

The less said, the better...