Three decades in the making.

Run by The Spirits Business, the awards aim to honour the finest brands of Irish whiskey on the world stage, with the winners determined by a panel of leading specialists through a blind tasting of a wide range of Irish whiskies.

The Teeling 30-year-old single malt is limited to just 500 bottles and is amongst the oldest bottlings of Irish single malt whiskies released in recent years, making it one of the most exclusive Irish whiskeys in the world. 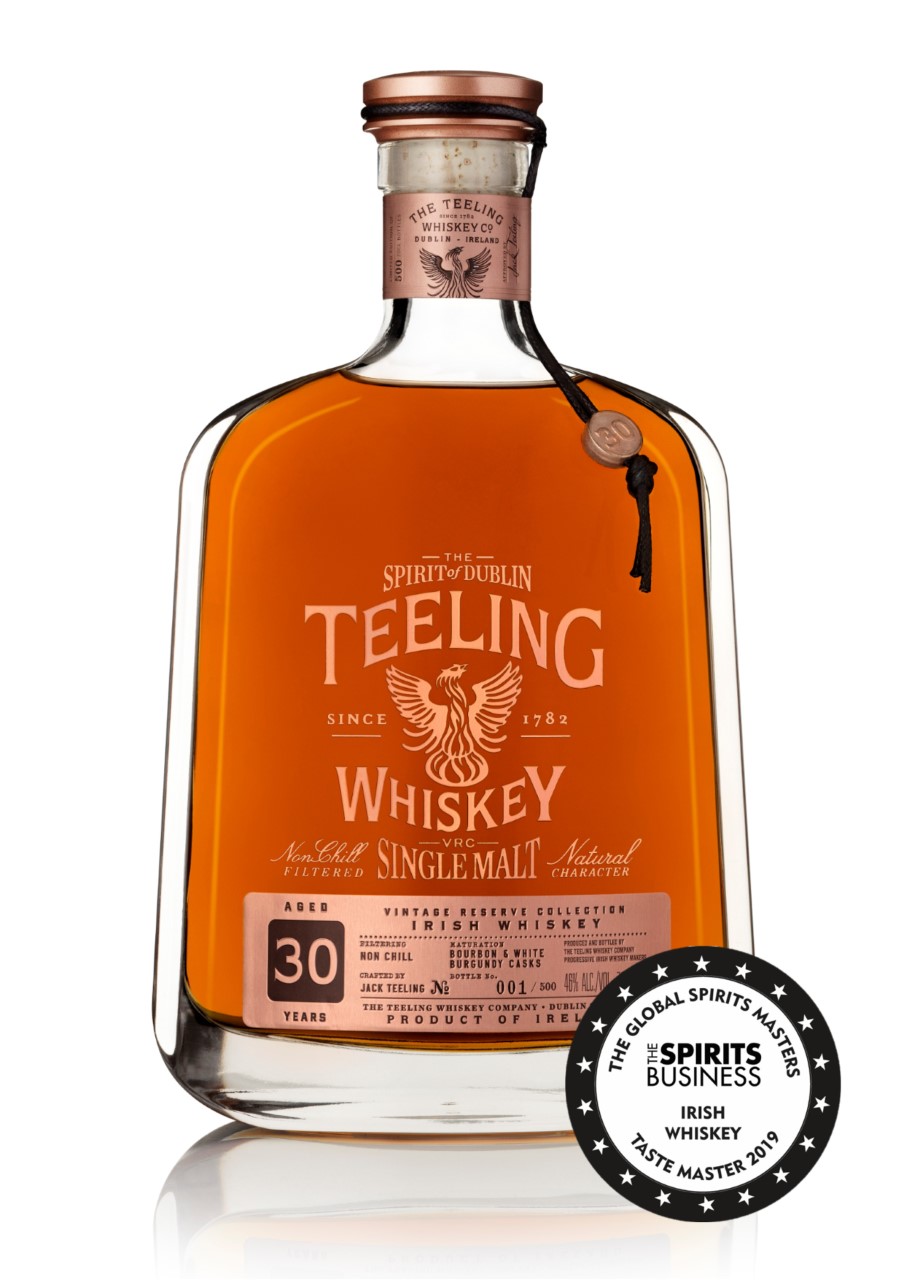 END_OF_DOCUMENT_TOKEN_TO_BE_REPLACED

Distilled in 1988, the whiskey was initially matured in ex-bourbon casks for 25 years, before being given an additional five years maturation in ex-white burgundy French oak casks.

Commenting on the award, Jack Teeling, founder and Managing Director of Teeling Whiskey, which was also crowned as ‘Taste Master’ at the awards, said: “Since reviving our old family trademark of Teeling Whiskey back in 2012 we have endeavoured to make sure every bottle of Irish whiskey we release with our family name on it is of the highest quality.

END_OF_DOCUMENT_TOKEN_TO_BE_REPLACED

“We have already achieved many honours including the significant landmark of being honoured as the world’s best single malt earlier this year so to follow up this with being crowned the Taste Master of Irish whiskey is the cherry on the cake for us.”

“We are also extremely proud of the team we have created, and this award is testament to the creativity, hard-work and dedication of our staff both here in Ireland and around the world, and I would like to thank them all for helping us achieve this ambition.”

More information on the Irish Whiskey Masters is available here.

popular
The JOE Friday Pub Quiz: Week 300 - the Triple Century
One of the most underrated sequels of all time is among the movies on TV tonight
A classic Western is among the movies on TV tonight
Rain and thunderstorm warning extended to include 15 counties
Met Éireann gives update on weather warnings for this weekend
New horror movie trailer has one of the best jump scares in years
QUIZ: Can you match all 32 counties up to their province?
You may also like
3 days ago
Irish people are paying a hell of a lot more for alcohol than other EU countries
1 week ago
Strong reactions to motion to reduce legal drinking age to 16 in Ireland
1 month ago
Beer production in Ireland fell by nearly 50% in 2021 as alcohol consumption declines dramatically
5 months ago
This is how much alcohol will cost under the new minimum unit pricing system
6 months ago
Irish people among the heaviest drinkers in the world, new survey finds
9 months ago
Alcohol consumption in Ireland lowest in 30 years, according to a new study
Next Page