The ten most popular places to get engaged have been revealed

The Top Spot wouldn't be our first choice, but sure look...

Getting engaged is, generally, a happy time.

You're delighted, you're excited, you're safe in the knowledge that the person you're going out with is into you enough to want to spend the rest of their life with you. 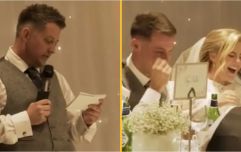 END_OF_DOCUMENT_TOKEN_TO_BE_REPLACED

An ideal scenario, to be honest.

There are plenty of potential spots you could do it too - the most common ones tend to be over dinner in a nice restaurant, while on holidays, or even just chilling in your gaff.

Some people prefer extravagant displays of affection, others like to keep it lowkey.

Each to their own and all. 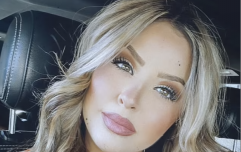 END_OF_DOCUMENT_TOKEN_TO_BE_REPLACED

That being said though, we were fairly surprised when we found out that the most popular place to get engaged was Disneyland Paris.

We're not going to judge or anything but c'mon lads, just head over for a go on the Indiana Jones ride, you don't have to go getting married.

The most popular destination was discovered by wedding planning website Hitched who browsed Instagram tags such as #bridetobe and #engaged to figure out exactly where most people were popping the question. 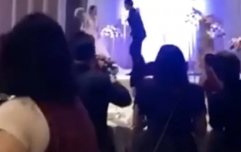 END_OF_DOCUMENT_TOKEN_TO_BE_REPLACED

The Eiffel Tower only came in fourth on the list which is surprising enough to us seeing as you can hardly walk by it without seeing some lad down on one knee.

The full list of proposal spots as compiled by Hitched can be found here:

popular
Harvard study reveals how many times men should ejaculate each month to stay healthy
Colin Farrell shouldn't win the Oscar this year
Forspoken breaks the golden rule of gaming... and not in a good way
The 50 most iconic songs of all time* have been revealed
Conor Mcgregor hit by car ‘at full speed’ while cycling
Netflix has just added one of the best sci-fi movies of recent years
Parents left in shock after gorillas start mating in front of kids at zoo
You may also like
2 months ago
Miss Puerto Rico and Miss Argentina reveal they are now married
7 months ago
Elvis weddings could soon be banned from Las Vegas
1 year ago
Vin Diesel walked Paul Walker's daughter down the aisle
1 year ago
Bride asks guests to pay per slice of cake eaten at wedding
1 year ago
120 person wedding party in Longford was "very disappointing", says Pavee Point Co-Director
2 years ago
Police in London break up wedding party with 400 guests at school
Next Page