Don't panic, but the world is facing a serious tequila shortage

And you thought Dry January was over...

Happy hour's done. Dry January's getting an extension. Pubs will reconsider ever installing Desperados on draught. The news is bad from Mexico as a tequila shortage appears on the horizon.

A surge in global demand for the spirit has resulted in mass shortages of its key ingredient, agave, a blue-tinted spiky plant, which is also used for insulin and sugar-free syrups.

END_OF_DOCUMENT_TOKEN_TO_BE_REPLACED

This year, a total of 42 million agave plants were projected to supply 140 registered companies. However, only 17.7 million of those planted in 2011 are ready to be harvested, the Tequila Regulatory Council and National Tequila Industry Chamber have said.

Agave requires approximately eight years to mature, but the drastic spike in demand means cutting corners to maintain the current momentum. In a recent report, Reuters spoke with one worker in Guanajuato, Mexico who said the markets are now "using four-year-old plants because there aren't any others."

"I can guarantee it because I have sold them," he added.

These choices have in turn lessened the produce, while worsening the shortage. It has also led to a spike in agave plant theft with 15,000 being stolen in 2017, which is a triple that in 2016.

END_OF_DOCUMENT_TOKEN_TO_BE_REPLACED

As agave weakens on the supply end, the price has shot up from 21c a kilo to $1.18 over the past two years. This six-fold increase, coupled with the likelihood of shortages until 2021, means either you're going to have to lump it for a poorer quality tequila or get used to drinking gin and tonics.

Expect more and more of your tequila nights (for those of you who enjoy tequila nights) to resemble those Breaking Bad cartel gatherings... 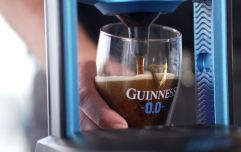 END_OF_DOCUMENT_TOKEN_TO_BE_REPLACED

Without all of the mass poisoning, of course.

One of the main issues is being put down to "premiumisation", which means brands encourage consumers to drink in moderation products that are of a higher quality.

At least in the US, pure/ premium tequila has shot up over the last 10 years by 198%, while cheaper blend tequilas only went up 11%. During that same period, production in Mexico declined by 4%.

Now you know. Our need to have the finer things in life is destroying the world. It happened with the Avocado and real butter. Now, it's tequila too.

So, the next time an alcohol sales rep tells you how the brand really encourages drinking less, but at a higher quality, you can respond by saying all of this, before shotgunning a can simply labelled Lager (preferably misspelled).

Or alternatively, go easy on the tequila.

popular
Prince George reportedly told classmate "my father will be King so you better watch out"
Jeffrey Dahmer’s dad thinks he knows what’s to blame for son becoming a serial killer
Budget 2023: Cigarettes going up, energy credits announced, child and social welfare increases confirmed
Two new 24-hour bus services are coming to Dublin
QUIZ: Test your knowledge with this Ultimate Friends Character Quiz
An underseen disaster film is among the movies on TV tonight
CONFIRMED: Renters to benefit from €500 tax credit as part of Budget 2023
You may also like
2 months ago
New study suggests that people under 40 should not drink alcohol
3 months ago
Irish people are paying a hell of a lot more for alcohol than other EU countries
3 months ago
Strong reactions to motion to reduce legal drinking age to 16 in Ireland
4 months ago
Beer production in Ireland fell by nearly 50% in 2021 as alcohol consumption declines dramatically
8 months ago
This is how much alcohol will cost under the new minimum unit pricing system
9 months ago
Irish people among the heaviest drinkers in the world, new survey finds
Next Page