Brought to you by Jameson

The Old Jameson Distillery in Dublin is to undergo a very snazzy refurbishment.

Irish Distillers, Ireland’s leading supplier of spirits and wines and producer of the world’s most well-known and successful Irish whiskeys, has this week announced plans for a major redevelopment of the Old Jameson Distillery in Smithfield, representing a total investment of €11 million.

END_OF_DOCUMENT_TOKEN_TO_BE_REPLACED

To facilitate the refurbishment, the Old Jameson Distillery will close on September 1st and will officially reopen in March 2017.

So it won't be closed for that long and for a cost of 1/10th of a Paul Pogba, we reckon this is a very good thing indeed! 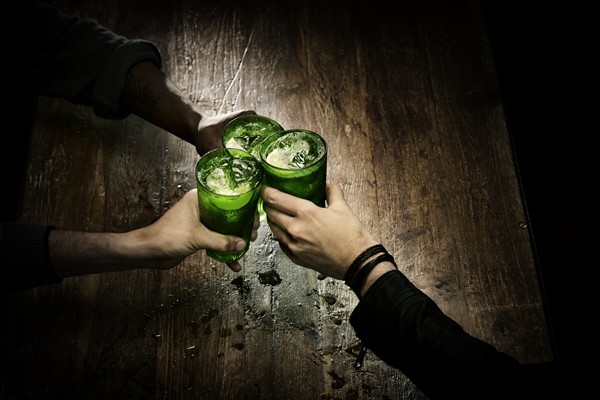 END_OF_DOCUMENT_TOKEN_TO_BE_REPLACED

Construction work will begin in September and will be led by BRC Imagination Arts; Dublin based Architect firm The O’Toole Partnership and Flynn Management & Contractors with approximately 100 people employed as part of the redevelopment work.

BRC Imagination Arts is one of the world’s leading experience design and production agencies specializing in the creation of next generation brand experiences.

Founded in 1981, past clients of BRC include the World of Coca-Cola in Atlanta; the Heineken Experience in Amsterdam and the Guinness Storehouse in Dublin.

We are very excited to see what it looks like after the refurbishment. Bring it on!

Keep an eye on JOE.ie on Monday as we announce details of a very special competition in conjunction with the Old Jameson Distillery. You and some friends could be the very last people to tour it before it gets refurbished!

popular
QUIZ: Can you guess the crisps from the pixelated packet?
Netflix has just added 33 very big movies to its library
Six people dead after mass shooting at Fourth of July parade in Illinois
One of the coolest movies of recent years is now available to watch at home
The full list of cancelled flights in and out of Dublin Airport on Monday (so far)
The JOE Movie Quiz: Week 161
QUIZ: It's time for one of our trickiest General Knowledge Quizzes yet
You may also like
3 days ago
COMPETITION: WIN a two night stay at the luxury Breaffy House Hotel in Mayo
3 days ago
COMPETITION: Your chance to WIN a €400 van rental voucher to fund your Irish road trip with Mr Tayto
3 days ago
One of the best sports movies of recent years is now available to stream at home
1 week ago
Looking for a Pride event with live music and incredible cocktails? We've got a suggestion...
1 week ago
Join our ultimate sports quiz in Dublin for a chance to WIN a trip to a Premier League game
1 week ago
Fujifilm's brand new instax printer has officially launched, with some unreal new features
Next Page