Have you ever cheated death?

Have you ever stepped out in front of a bus in your own personal version of Final Destination only to dodge the icy grip of the Grim Reaper?

If you indeed had a brush with death, we're betting it wasn't as pant-shittingly close as this US stunt pilot's.

END_OF_DOCUMENT_TOKEN_TO_BE_REPLACED

Thom Richard almost had the top of his head taken clean off by the wing of a speeding plane while sitting stationary in his own aircraft...and he captured the whole thing on his cockpit camera.

The seasoned pilot was competing in the National Championship Air Race in Reno, Nevada, when the freak incident happened.

Thom took the decision to shut down his engine just 20 seconds before the start after it did not appear to be running 'well enough for flight'. 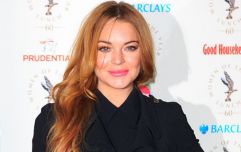 PIC: Lindsay Lohan posts picture after losing "half her finger" in boating accident

END_OF_DOCUMENT_TOKEN_TO_BE_REPLACED

He alerted the starters to halt the race and the flagman signalled an 'X' to let the other pilots known. Thom then opened his cockpit canopy to make it clear he was out of the race.

Thom described on his Facebook seeing the flagman then running across the runway waving his flag to show something was wrong. That's when he saw planes whizzing past and  taking off to his left and right.

Seconds later you can see the Number 7 plane on the grid coming tearing up behind him on the video and there is nothing he can do. 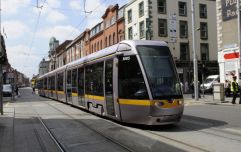 END_OF_DOCUMENT_TOKEN_TO_BE_REPLACED

"The impact was violent and loud," he wrote on his Facebook page. "His left leading edge shaved off the top several inches from my vertical and skimmed the turtle-deck without touching until it impacted my right hand holding up the canopy, at well over sixty miles an hour.

"The impact spun me around nearly 180º, like a teacup ride at warp eight."

Watching it back in slow motion and realise how close he came to death is even worse. So it's actually amazing how chilled Thom was about the whole thing.

"I’m not the slightest bit upset over the accident. I, in fact, consider myself a very lucky man. Another four feet to the left and I would have been minced meat.

"Literally dodging a bullet. A busted up hand is a small price to pay. I’ll take it. It’ll heal."

We'd never be getting in a plane again after that... or any other form of transport that travels at more than 5mph.

popular
Human remains found in suitcases are the bodies of two children
People want "offensive" Crown Paints advert banned after attracting hundreds of complaints
A very tense '90s action thriller is among the movies on TV tonight
Here's how to make €9-11 on Revolut in just a few minutes
Robert Troy apologises and submits seven amendments to correct the record
QUIZ: Can you identify the famous song from the opening line?
New car-free town with population of 85,000 set to be built in Dublin
You may also like
2 months ago
Tributes paid to six-year-old Dublin boy who died after hotel swimming pool accident
5 years ago
A man is in critical condition after being struck by a rollercoaster in Cork
5 years ago
Father and son seriously injured when a helicopter crashed into a garden in Louth
6 years ago
VIDEO: Terrifying dash cam footage of a truck flipping over on a motorway
8 years ago
Woman fights for her life after being knocked down near Heuston Station Luas stop
8 years ago
Vine: Try not to laugh at one of the most painful-looking treadmill accidents you’ll ever see
Next Page