The world's biggest dog has passed away, just one month shy of his eighth birthday

The Great Dane, known as Giant George, measured a whopping 7ft 3in when standing on his hind legs, and was a metre long from shoulder to paw. 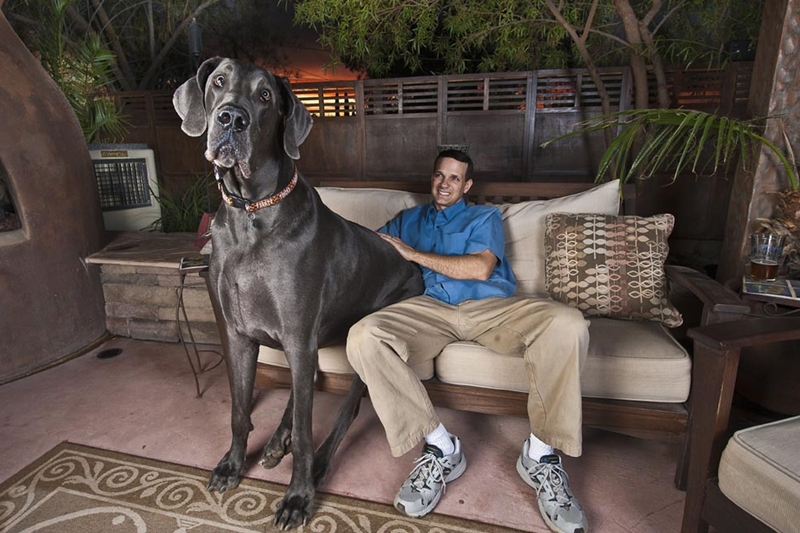 END_OF_DOCUMENT_TOKEN_TO_BE_REPLACED

Pic via The Mirror/Barcroft Media

George was the family pet for Dave and Christie Nasser, who kept the 245 pound canine in their house in Tuscon, Arizona in the United States. He holds the Guinness World Record for being the tallest dog in the world, as well as the tallest dog ever. 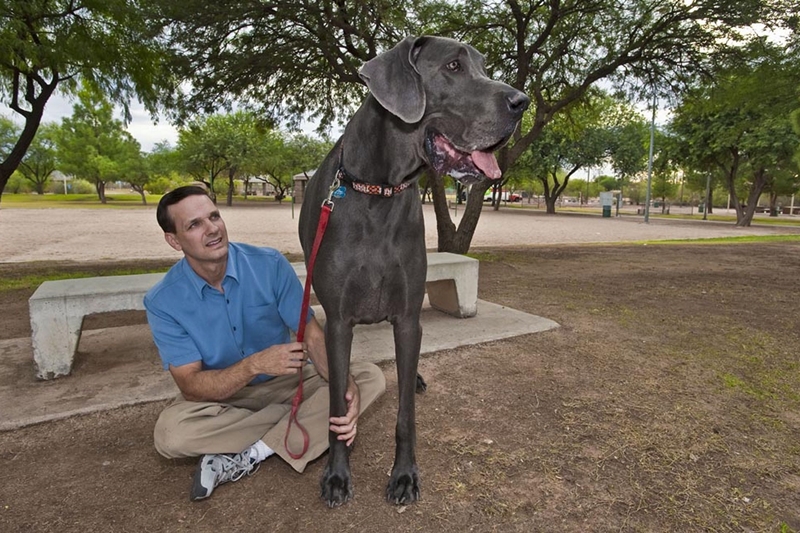 Pic via The Mirror/Barcroft Media

The family said that George passed away surrounded by loving friends and family, and that the end was peaceful. Certainly, he can never be replaced, and there will be a very big hole in their hearts with his loss.

He was no stranger to celebrity, having been on the Oprah Winfrey show and having his own book, so if you want to learn a bit more about George, you can head over to his Facebook page.

Hat-tip to The Mirror/Barcroft Media for the pictures

popular
Beware of the very clever WhatsApp hack that is locking Irish users out of their accounts
The 50 most iconic songs of all time* have been revealed
Motor insurance costs set to fall from June after changes to payout guidelines
Making A Murderer: The explosive and NSFW telephone call that implicates a new killer
Reeling in the Years was watched by over half a million people last night
NIAC recommends AstraZeneca vaccine should only be given to people 60 and over in Ireland
PICS: The man with the biggest penis in the world has one unbelievable problem with it
You may also like
1 week ago
QUIZ: Do you know the collective name for these groups of animals?
1 week ago
Policeman resigns over video of him choking police dog (Warning: Graphic content)
3 months ago
Pedigree dog beef recalled in Ireland due to risk of illness to dogs
4 months ago
32 dogs and four horses seized by Gardaí in Dublin
6 months ago
ISPCA rescues dog found locked in a crate in the midlands
7 months ago
Wildlife in "catastrophic decline" due to human destruction, scientists warn
Next Page