Let's be real here, sex is different for everyone and what works for one person won't be to someone else's taste.

However, we're open to tips that have been proven to make one's sex life even better and the latest one comes expert approved.

Speaking to Women's Health, therapist Ian Kerner acknowledges that being open and honest about what you want from your partner can get a tad awkward.

Sometimes, you just want him or her to read your mind but come on, it's about time we got realistic on that front. 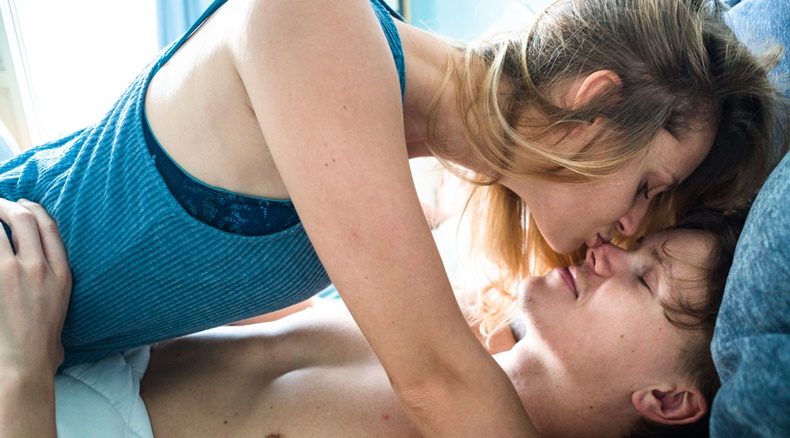 Ian Kerner says the best way to confront this awkwardness is to "blame it on your subconscious".

END_OF_DOCUMENT_TOKEN_TO_BE_REPLACED

Saying something like "I had a really sexy dream" is relaxed enough that you're almost telling a story but you're actually setting the scene for what you want to happen.

Ian says that by using this sentence, you're letting your partner know that you've been fantasising about them and things are likely to happen naturally from there.

You can bring this up while in bed and watch sparks fly or send a text earlier in the day so when you get home, both of you are in the mood for getting intimate.


popular
Met Éireann predicting snow this weekend and well into next week
The JOE Friday Pub Quiz: Week 179
HBO reveal the first official details of the Friends reunion episode
Here are all the best new titles coming to Netflix in March
Disney are offering you a dream job based in Dublin
Billie Eilish weighs on who should be the next James Bond
The 50 most iconic songs of all time* have been revealed
You may also like
6 months ago
People who use emojis on dating apps get more dates and have more sex
8 months ago
Man suffers nine day erection following moped accident
9 months ago
Study finds that penis enlargement procedures do not work
9 months ago
Gardaí investigate 36 people on suspicion of purchasing sexual services from individuals involved in prostitution
10 months ago
The amount of men under 30 not having sex has nearly tripled in the past decade
11 months ago
UCD Students' Union condemn "consent app" email sent to students
Next Page