Rejoiceth ye autumn lovers, for the season of baggy clothes and comfort food has finally arrived.

High on the list of foods we cannot get enough of in this pre-hibernation period is soupy, noodly, warming ramen. And so we're very excited by the news that Northern Ireland's in-demand ramen maker Bia Rebel is migrating south for a stint in Dublin.

Bia Rebel made a name for itself among the foodie community for its ramen bowls that fuse Japanese tastes with Irish ingredients – think grilled tofu with shiitake and Atlantic sea vegetables, or a 'fry up' ramen with black pudding and bacon.

END_OF_DOCUMENT_TOKEN_TO_BE_REPLACED

That delicious sounding offering is just one of the exciting new flavours being celebrated in the capital as part of the new Guinness 232°C festival. Curated by food writer Ali Dunworth, Guinness 232°C will challenge a selection of chefs to cook Irish beef, chicken, pork and vegetables over live fire (apparently 232°C is the temperature that Guinness' barley is roasted at. Who knew?).

The Grálinn crew will be bringing their 'hyper local' produce – all grown in Dublin farms – to be cooked over live fire at Bonobo in Smithfield. Bia Rebel will be making their fresh noodles and alternative gyozas at Jam Park in Swords. And Jeremy Cuevos will be dishing out some fiery tacos city centre, at The Bernard Shaw.

To complete the sizzling line up, there will also be tunes from the likes of David Kitt, Sally Cinnamon and Sim Simma during the festival.

Tickets are €10, and include two signature dishes along with a free pint of Guinness or Pure Brew non-alcoholic lager. Pick them up here, and check out the full line-up below. 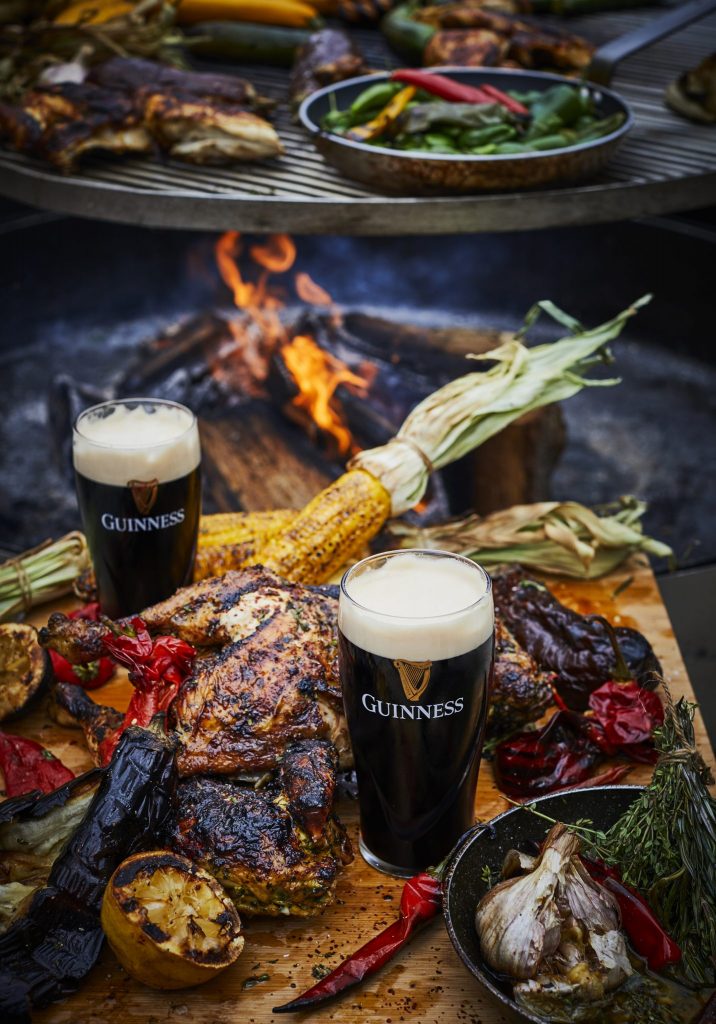 House of Rugby Ireland · Quinn Roux on finding a home in Ireland and Mike McCarthy brings the absolute HEAT!
popular
The JOE Friday Pub Quiz: Week 227
Snow and ice warning issued for 13 counties ahead of bitter weekend
NPHET in favour of stopping all non-essential travel
The Only Way Is Essex star Mick Norcross dies, aged 57
Aodhán Ó Ríordáin passionately calls out Norma Foley in the Dáil
The full list of all the new shows and movies coming to Netflix in February
Joe Biden has removed a bust of Winston Churchill from the Oval Office
You may also like
1 day ago
11 arrested at planned protest at the Four Courts
1 week ago
Male and female teenager arrested after using imitation firearm and hammer in robbery at Dublin service station
2 weeks ago
Man arrested in Dublin after threatening woman with knife and driving off in her car
2 weeks ago
Underground Dublin car park evacuated due to fire
3 weeks ago
Man dies after being shot by Gardaí following standoff in Dublin
1 month ago
Man armed with a hammer robs cash in transit in Dublin, flees on bicycle
Next Page