We're far more anti-social that we like to believe we are.

Ever heard of JOMO? It's the Joy Of Missing Out, and means we'd rather be sitting in re-watching The Wire for the fifth time than going to the pub.

According to a survey of 2,000 people by Deliveroo, more than 70% prefer a quiet night in to a night out on the beer, and it's not just people in their 30s. 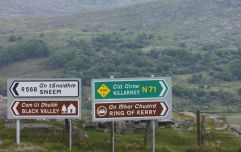 END_OF_DOCUMENT_TOKEN_TO_BE_REPLACED

The survey points out that almost half of those polled - 49% - prefer to stay in and watch Netflix than head out with their friends.

The ordeal of putting on fancy “going out” clothes, loud bars and, curiously, the prospect of sticky floors all feature high on the list of reasons people prefer to stay at home.

Saturday nights out are the most cancelled with one in five adults (20%) preferring to cancel and stay at home, followed by Friday nights (19%).

Half of people surveyed admitted that they would accept an invitation to a night out, knowing full well that they have no intention of moving off the couch.

Worse again, 5% of Irish don't bother cancelling at all, they just don't show up.

The top ten reasons Irish people use to avoid going out

4. Having to look after family members, including pets (13%) 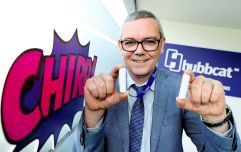 END_OF_DOCUMENT_TOKEN_TO_BE_REPLACED

10. My mobile isn’t working (In reality turning their device off or on flight mode) (2%)

Also, the top five reasons people choose to stay in rather than go out