Every relationship reaches the stage where you're so comfortable with your partner that you're happy to absolutely mortify them in public. Be honest, you know who you are!

In the case of Jane Park and her boyfriend Connor George, that moment has recently occurred and the 20-year-old from Edinburgh, who also happens to be Britain’s youngest lottery winner (she won a £1 million jackpot in 2012), is having an absolute ball with it.

Take a look at these 20 tongue-in-cheek rules that she has drawn up for Connor as he enjoys a holiday in Ibiza with his friends. 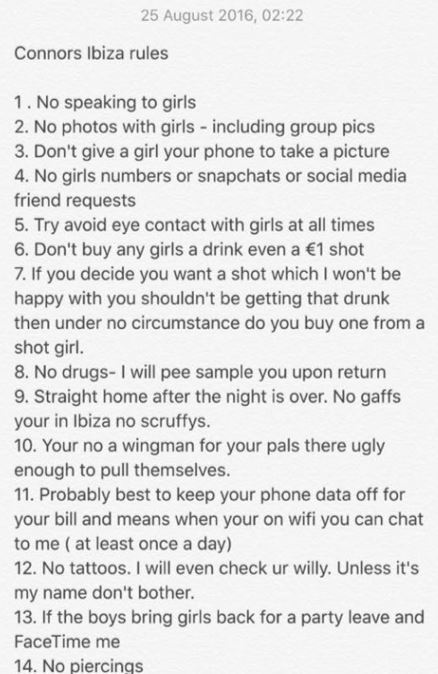 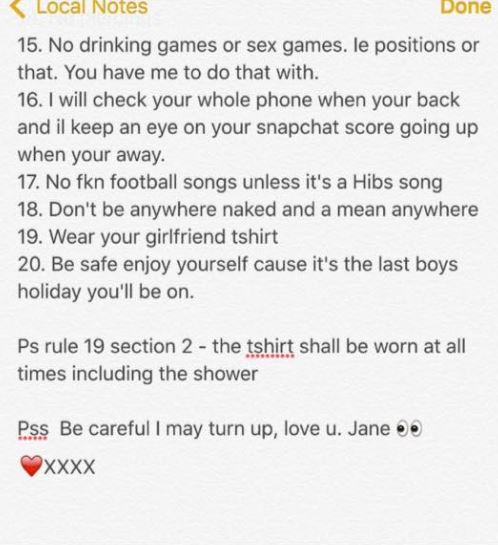 If you're wondering about rule #19 then here's the t-shirt that Jane has mocked up for her boyfriend to wear. 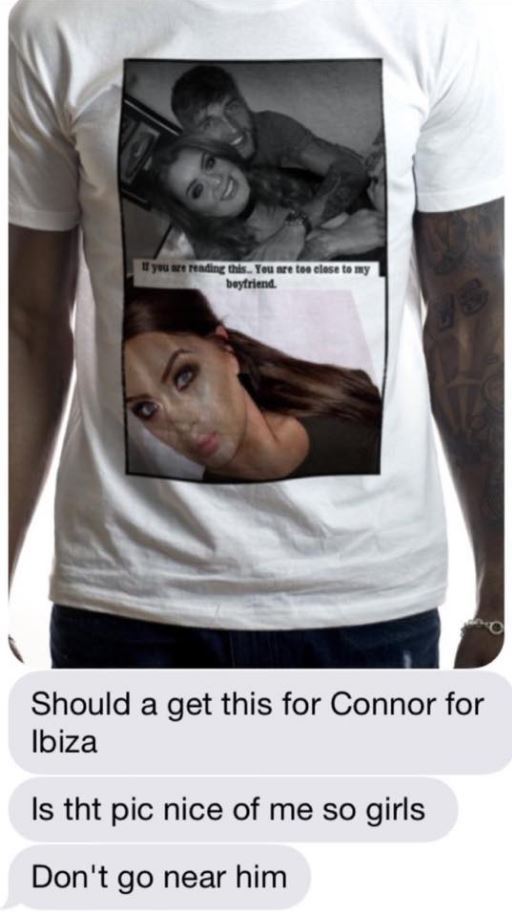 Fair play to Connor because he clearly sees the funny side of his girlfriend's list of rules.

popular
9 weird and wonderful Irish Christmas traditions we absolutely love
The JOE Friday Pub Quiz: Week 220
The JOE Movie Quiz: Week 80
The JOE Music Quiz: Week 36
Harry Styles hits back at critics who told him to be more 'manly'
Status Yellow snow warning issued for five counties
The 50 most iconic songs of all time* have been revealed
You may also like
1 month ago
Facebook launches dating service in Ireland
11 months ago
Single and living in rural Ireland? You may want to apply for this new dating show
1 year ago
Bumble launches new feature that automatically blurs dick pics
1 year ago
Four Irish entries in Cosmopolitan's top 30 most swiped Tinder accounts in Ireland and the UK
1 year ago
New poll reveals that the majority of people believe Ross didn't cheat on Rachel
1 year ago
Ireland's biggest festival for single people is returning soon
Next Page