You're sprawled across your bed, your head is pounding, your mouth is as dry as a desert, and your wallet is empty.

You're experiencing what's scientifically* known as "The aftermath of an Irish person's night out." 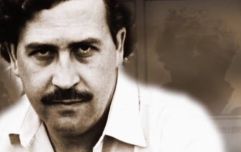 END_OF_DOCUMENT_TOKEN_TO_BE_REPLACED

What happens next though? You lay there and don't move? You get a breakfast roll? or you listen to your friend who suggests,"let's go to the pub for the cure?"

If your preference is the latter then don't do it because there's really no such thing as "the cure."

A drink the following will actually add to the toxins to your already beaten-up body and prolong your hangover.

The only way to get over a hangover is to give it time. Yes, good old-fashioned time.

Your body takes roughly one hour to get rid of one standard drink which is the equivalent of half a pint, a shot or a small glass of wine.

So next time "the hair of the dog" is brought up the morning after the night before, shoot down the idea, drink some water and let your body work it out of your system.

The Big Reviewski || JOE · TBR Spotlight: Loki - Episode Two - 'The Variant'
popular
The JOE Friday Pub Quiz: Week 248
Three men arrested after reportedly attacking staff of premises on South William Street
QUIZ: Can you name all these European countries from a list of cities?
WHO plan calls for preventing women of "childbearing age" from drinking alcohol
One of the most tense thrillers of the last ten years is among the movies on TV tonight
The 50 most iconic songs of all time* have been revealed
Taoiseach Micheál Martin calls for "calm heads" after Edwin Poots resignation
You may also like
1 year ago
Why you should be watching… Narcos: Mexico
1 year ago
Narcos star would love to return for another season of the show
1 year ago
Narcos creator would love to work with Cillian Murphy again
1 year ago
Narcos creator discusses his exciting plans for the show's future, if a new season is made
1 year ago
WATCH: Netflix have released the first trailer for the second season of Narcos: Mexico
2 years ago
The DEA agents who inspired Narcos will be touring around Ireland this May
Next Page