In Laganside Court Complex in Belfast, the defendants in criminal cases come in through the main door and use the same facilities and seating as everyone else.

That Paddy Jackson and Stuart Olding are on trial for rape, Blane McIlroy for indecent exposure and Rory Harrison for obstructing justice, only becomes apparent when inside Courtroom 12. All four men deny the charges.

For three weeks, the jury has sat to the right of Judge Patricia Smyth, who is dressed in black robes with purple and red adornments.

END_OF_DOCUMENT_TOKEN_TO_BE_REPLACED

Between the dock and the judge, sit the barristers for the defence and the prosecuting barrister. To the right of the judge is the witness box.

On the days that the complainant gave evidence, a royal blue curtain was pulled around the witness box. Outside of the courtroom her identity is protected by her lifelong right to anonymity.

Inside the courtroom, she appeared, from her waist up, to the court on a TV screen that was rolled in on a trolley and tilted to face the defendants. The judge and jury could see her directly.

In the North those accused of rape can be publicly named, which is not the same in the Republic of Ireland.

Although Jackson and Olding have been publicly named, none of the defendants are obliged to give evidence. They must sit in the dock.

The alleged victim gave her final day of evidence this week, after eight days on the witness stand.

On the final day of cross-examination, the complainant appeared on the TV screen. She was wearing a white shirt and her long brown hair was tied in a ponytail. 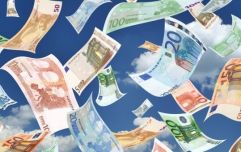 Someone in Ireland won €500,000 in Friday night's EuroMillions draw

END_OF_DOCUMENT_TOKEN_TO_BE_REPLACED

She is 21 years old now and was 19 on the night of the 27th of June 2016, when she went out to Ollie’s nightclub in Belfast with her friends.

It was a night that finished with an after party in Paddy Jackson’s home in Oakleigh Park, South Belfast, where the events at the centre of this trial occurred. Events which the prosecution argue amounted to charges of rape and sexual assault for Jackson and Olding and the defence say was consensual sex.

On the final day of her evidence, the complainant sat upright and maintained her composure throughout the cross-examination from Arthur Harvey QC, counsel for Blane McIlroy. She was visibly upset, while being shown images of Paddy Jackson’s bedroom where the attack is alleged to have taken place.

The alleged victim disagreed with Harvey’s version of the night’s events. She told the court that she was raped and sexually assaulted on the night in question.

During the course of cross-examination by the four defence barristers, she said that Blane McIlroy entered the room, holding his penis and rubbing it. She said Blane McIlroy tried to block her from leaving the room. She said she had “no complaint” with Rory Harrison who took her from Paddy Jackson’s house to her own home in the early hours of June 28th 2016. 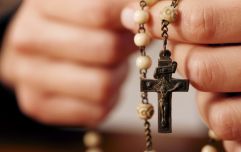 END_OF_DOCUMENT_TOKEN_TO_BE_REPLACED

At times during the cross examination, the alleged victim described the impact of what happened on her memory and on her person -“Immediately after a violent attack like this, it is very hard to process, you don’t remember things immediately”.

Mr Harvey suggested to the alleged victim that her way of describing the impact of being raped by using the “impersonal second person” indicated that she was “trying to make it applicable that every rape victim feels like this”. He told the court it was like she was "repeating something she had read" rather than experienced.

When he suggested it a second time the complainant replied, “Mr Harvey I am not going to argue with you over grammar….I will not let you put words in my mouth.”

After eight days in the witness box, seven of which she was under cross-examination, the alleged victim finished giving her evidence.

She exited the courtroom through a back door.

The public gallery is full almost every day of the trial and the widespread interest in this case is acknowledged daily by Judge Patricia Smyth, who requests the jurors not to discuss the case with anyone, not to carry out independent research, not to read press reports and not to look on social media for anything relating to the case.

The first two weeks of the trial focused primarily on the complainant’s evidence. Once she finished more witnesses were called, including the girls who were at the after-party in Paddy Jackson’s that night, the taxi driver who took Rory Harrison and the complainant home, and the friends who were the first people the complainant contacted in the hours after she returned home on June 28th.

The first person the complainant told about the alleged rape was her friend who she had been out with the previous. The complainant texted her friend to say, “So I got raped by three Ulster rugby scum, brilliant fucking night.”

Sitting in the witness box, the friend was calm and relaxed as she answered the defence barristers questions.

She was embarrassed when a message sent by her to the complainant, fifteen days prior to the night out in Ollie’s nightclub, was read out in court: “If I ever get raped I am never going to the police, I would deal with it myself…you’ve just got to find a way to blackmail or stab them or something”.

As the complainant commented earlier in the week under cross-examination by the defence for Blane McIlroy; “I think you make out that me and my friends are trying to discuss a case like defence lawyers, that’s not it”.

The meaning of “haha” and “lol” and “random” was picked over by Paddy Jackson’s defence barrister when he cross-examined a friend of the alleged victim.

Each word was dissected by the complainant’s friend to explain to the court that ‘random’ is ‘a throwaway remark’, while ‘haha’, ‘softens the blow of a message’ and ‘lol’ doesn’t actually mean laugh out loud when you text it to a friend.

The details of how an after party in Paddy Jackson’s house was made known to the police, and now to the public, came out in court this week, as the hours and days after the party and the alleged rape were relayed by the complainant’s friends.

A friend of the complainant’s told the court how she picked the alleged victim up from her home to bring her to the Rowan Clinic in Antrim, a purpose built sexual assault treatment center.

She told the court that her friend, who she has known since she was 12, was wearing long-sleeved clothing when she got in her car and she carried with her a “large-ish hold all bag, with a plastic bag inside which had her clothes in it”. The clothes were those the alleged victim has told the court she had worn the night previously.

The witness described how, when her friend got into the car, she “appeared emotionally very upset and physically looked unwell” and that she sat “gingerly” in the car because of the discomfort she was in.

At the Rowan Clinic, the witness told the court she stepped outside of the examination room while her friend was undergoing a physical examination, in order to preserve her friend’s dignity and when she returned to the room she saw “blood on the examination table and a bloodied tampon in a bag”.

The court has previously heard in the prosecution’s opening statement that the complainant had reported bruising around her genitals and an internal tear had been noted by the medical examiner.

The complainant’s friend told the court that she dropped her friend off after going to the Rowan Clinic and made plans with her to go to the cinema the next day, to try and take her mind off things.

But the court heard that after the two friends had bought their tickets to see a movie, the complainant became “very flustered and panicked. She was worried in case she saw Paddy Jackson or Stuart Olding in the cinema or in the vicinity” said the witness.

It was then said the witness, that her friend decided to go to the police, “She realised that it wasn’t right for it not to be reported because she didn’t want something like this to happen to anyone else”.

When the witness finished giving her evidence, she walked out of the courtroom by a front door.

A PSNI constable was immediately called by the prosecution to give evidence.

This was the first time a police officer was called to the witness box in the trial.

Wearing a navy suit, a green tie and walking with a stiff right hip, the police officer took the stand. He was the first police officer the alleged victim gave an account to.

He told the court how difficult it was to get any information from the alleged victim. “What she told me at the time was these are high profile people and she initially wouldn’t identify them to me”.

The alleged victim named Jackson, Olding and McIlroy to the constable after he asked her specifically were members of Ulster Rugby involved.

The trial continues next week with more witnesses for the prosecution. It is expected to last another fortnight.

The Big Reviewski || JOE · TBR Spotlight: Loki - Episode Two - 'The Variant'
popular
Public warned about another sophisticated phone scam doing the rounds
Man in his 40s pronounced dead after fatal traffic collision with lorry in Louth
QUIZ: Name all the counties of Ireland that contain 3 vowels or more
Sunshine to continue tomorrow after summer solstice sees temperatures of up to 20 degrees
Dr Tony Holohan warning as Delta variant accounts for 20% of Covid-19 cases in last week
The Queen appealing for volunteers to weed the garden of her Sandringham Estate
QUIZ: Can you name all these European countries from a list of cities?
You may also like
1 month ago
Ireland might not be able to fully roll out EU Covid travel certs until mid-August
1 month ago
524 new cases of Covid-19 have been reported in Ireland
1 month ago
Covid-19 vaccine portal for people aged 45 to 49 opens from today
1 month ago
Michael D. Higgins' dog goes viral after trying to get some attention during a TV interview
1 month ago
Saturday set to be one of the hottest days of the year so far
2 months ago
Met Éireann says the weather this week will be "unseasonably cold"
Next Page