Just in case you didn't have enough of a reason to watch Manchester City v Chelsea...

A win for City puts them back into the race, whereas a win for Chelsea could well be a killer blow for Guardiola's men. Even a draw would mean Pep is left to consider how many points his team would be dropping... 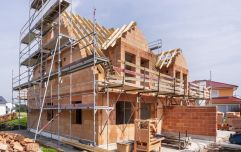 Building your first home? You won't want to miss this free virtual event

END_OF_DOCUMENT_TOKEN_TO_BE_REPLACED

After hosting a series of fantastic events all across Ireland, it's for this game that the last Coca-Cola Premier League roadshow is taking place. Brian Kerr and former Ireland international Stephen Hunt will be in The Living Room on Cathal Brugha Street from 4pm, with the match kicking off at 5.30pm.

Just as with the last four events, there will be prizes, keepie-uppie and foosball tournaments, and live match panels. And if those events were anything to go by, they'll sell out fast! 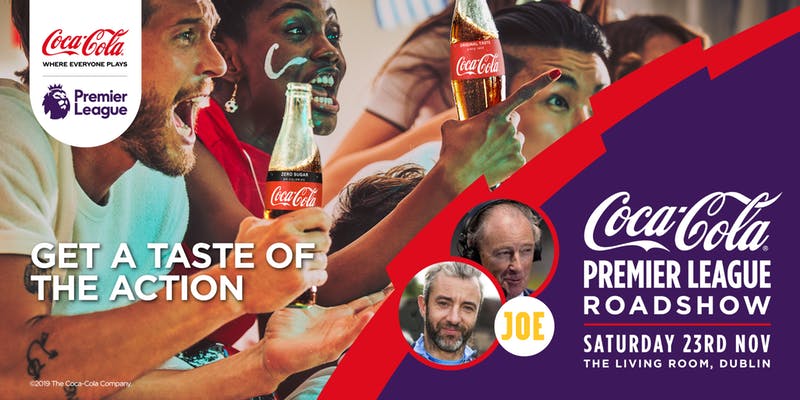 popular
Amazon Prime Video has quietly added 18 big releases to its library
Prestigious travel magazine lists Irish hotel as one of the most exciting new hotels in the world for 2022
Shop where winning Lotto jackpot ticket was sold revealed
Here's where all the 149 tickets that won €36,687 in Saturday's Lotto were sold
Man arrested on suspicion of the murder of Ashling Murphy
WATCH: This foul-mouthed argument proves the Irish language is alive and well
Eamon Ryan says he expects lifting of Covid restrictions next week
You may also like
5 days ago
COMPETITION: Kick off 2022 right by winning a €200 One4All voucher
1 week ago
SURVEY: WIN an amazing €200 One4all voucher!
1 week ago
The Ultimate Zendaya Quiz
1 week ago
The time has come to back the best XI! Cast your vote for the definitive EA SPORTS FIFA 22 Team of the Year
1 week ago
One of 2021's best scary movies is now available to watch at home
2 weeks ago
COMPETITION: Here's how you can WIN €1,000 every week in January
Next Page