Ireland's most popular tourist attractions in 2017 have been revealed

It's been a pretty great year for Irish tourism.

The Guinness Storehouse was Ireland's most popular tourist attraction in 2017.

The iconic Dublin brewery has seized the top spot after it pulled in over 1.7 million visitors last year, a 4% increase on 2016.

This massive feat was noted by Fáilte Ireland as part of its annual list of the most popular visitor attractions nationwide.

The report went on to find that the National Gallery of Ireland had topped the list of 'free to enter' attractions, having exceeded the 1m visitor mark for the first time after it experienced a 41% growth.

According to Fáilte, this incredible surge was attributed to the reopening of the gallery's permanent collection during the year, as well as hosting major exhibitions from artists Caravaggio and Vermeer.

Overall, the top five fee-charging attractions during 2017 were as follows:

Meanwhile, the top five 'free to enter' attractions were: 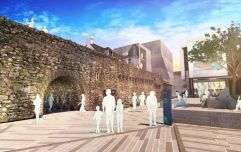 END_OF_DOCUMENT_TOKEN_TO_BE_REPLACED

Commenting on the report, Fáilte Ireland’s Director of Product Development, Orla Carroll said: "Fáilte Ireland invests in new and compelling attractions throughout the country because we know that they bring visitors from around the world to our shores.

"Over the course of 2017 alone, Fáilte Ireland provided capital funding of over €22m for a variety of tourism projects, helping to drive growth in every part of Ireland for the coming years. With continued investment like this, and through our work with partners across the country, we look forward to ongoing growth for tourism and to seeing new sites feature on the top attractions list."


popular
WATCH: For the first time since 2011, someone has won the Winning Streak jackpot of €500,000
Latest opinion poll shows Fianna Fáil take 12-point lead over Fine Gael
The JOE Movie Quiz: Week 37
QUIZ: How well do you know Will Smith's movie career?
15 new documentaries you should be watching on TV in 2020
The JOE Friday Pub Quiz: Week 174
You may also like
2 months ago
Dublin's dystopia: The age of man is over, the age of hotels is now
2 months ago
Consumers warned of overpaying for US and Canadian visas via copycat visa application websites
3 months ago
An estimated 600,000 tourists left stranded as Thomas Cook ceases trading with immediate effect
4 months ago
Sligo is looking fantastic in this video showcasing the county
4 months ago
Irish Food & Hospitality Awards ceremony names the best pub in Ireland for 2020
4 months ago
Mayo beach ranked as one of the top three beaches in the world
Next Page