The trip included eight trains, five buses, a coach, a tram, and a hire bike.

A man travelled nearly 600 miles and to TEN countries in 24 hours - using just public transport. Jo Kibble, 40, travelled from London to Eijsden, in the very south of the Netherlands, to start his challenge to travel to as many countries in a day, at 11.58 pm on Monday.

It allowed him close access to as many different countries as possible, and he used buses, trains, trams, coaches and hire bikes. 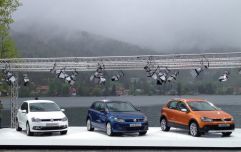 END_OF_DOCUMENT_TOKEN_TO_BE_REPLACED

He travelled to Belgium, Luxembourg, Germany, France, Switzerland, Liechtenstein, Austria and Slovakia, ending his challenge in Breclav, Czech Republic, at 11.25 pm on Tuesday.

He challenged himself after doing a similar trip eight months ago, to see how far he could get solely on trains from London in 24 hours. 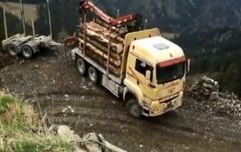 END_OF_DOCUMENT_TOKEN_TO_BE_REPLACED

Jo, who lives in Charlton, southeast London, and heads the cabinet office for Ealing Council, said: "It was a fantastic experience.

"I’d hoped to make it to 11 countries, but a broken down train in Alsace, France, meant I didn’t end up having time to squeeze in a side trip to Hungary.

"Over the course of the journey, I travelled on eight trains, five buses, a coach, a tram, and a hire bike.

"Under my rules, to tick off a country, I couldn’t just sit on a train travelling through it - I had to arrive and depart on different vehicles, so at the very least, I had to change. 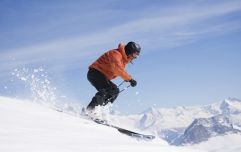 END_OF_DOCUMENT_TOKEN_TO_BE_REPLACED

"The comfort ranged from a very cramped, overcrowded 1 am coach from Liege to Luxembourg, to a first-class express through the incredible scenery of the Austrian Alps.

"The journey also included a visit to the clinically clean capital of Liechtenstein, to a run down station in the Bratislava suburbs."

At 11.58 pm on Monday evening, Jo embarked on his adventure from the little village of Eijsden in the southern Netherlands - leaving on the last train of the day to Belgium.

Arriving in Liège, Belgium, less than an hour later, he boarded a Flixbus coach at 1 am to Luxembourg where he then hired a Vel'OH! bike from the park and ride where the coach arrived.

He cycled to the main bus station in Luxembourg and boarded an express bus at 4 am to Saarbrücken, Germany, before switching to a tram at 5.40 am to Sarreguemines, France.

Jo then boarded a train at 6.13 am to Strasbourg, followed by a train at 7.51 am to Basel, Switzerland, but this train was terminated at the border due to a technical issue.

He then had to take the next train to Basel and therefore missed his planned onward connection to Hungary, reducing his adventure by a whole country.

Jo then took a bus to Bratislava-Hlavná at 9.38 pm and finally boarded a train at 10.06 pm to his last destination.

After a whopping 23 hours and 27 minutes, Jo arrived in Breclav in the southeast of the Czech Republic at 11.25 pm, ticking off 10 countries in total.

He said: "I'm pleased I did this challenge.

"It's great to see that things you spend a lot of time working out on paper can work in reality.

"Luckily, the last train had a sleeper car to Prague, so having hopped off at a very cold Breclav at 11.25 pm, I could just hop back on and go straight to bed, and wake up in the Czech capital the next morning.

"I've got a couple more days in the Czech Republic and then I'll be wandering home.

"Ending up one short of how many countries that I think is possible to visit in 24 hours gives a potential for a future challenge."

popular
Katherine Ryan says famous TV star is a ‘predator’ and everyone in industry knows
20 years ago, one of the best sci-fi movies of the 21st century was a box-office bomb
The JOE Movie Quiz: Week 181
Man fired for not being "fun" at work wins legal battle, nobody has to be fun now
The JOE Friday Pub Quiz: Week 322
I'm A Celeb public outcry after Matt Hancock makes it into the final
A beloved sports documentary is among the movies on TV today
You may also like
1 year ago
Austria reimposes full lockdown for all citizens, including vaccinated
2 years ago
Manhunt underway in Austria after gunmen kill at least four people in "terror" attack
2 years ago
Austria bans gatherings of any more than five people
3 years ago
Stormzy cancels Austrian festival performance, citing "racial profiling"
3 years ago
At least seven killed in avalanches as even more snow storms set to hit Europe
4 years ago
Austria has officially legalised same-sex marriage
Next Page