Talk about an absolute clanger.

Her.ie have posted a clip from WatchCut Video that veers dangerously close to the distasteful.

The company's latest entry in the '100 Years of Beauty' series looks at the style differences between women in the Republic of Ireland and Northern Ireland over the last 100 years.

That's all very well, until it gets to the 1970s and the version of a Northern Irish woman is seen wearing a beret and holding a machine gun.

END_OF_DOCUMENT_TOKEN_TO_BE_REPLACED

Josh Potter, involved in the making of the video, explained why the image of the model holding the gun was allowed to remain.

"We used a look inspired by women who were fighting in the Irish Republican Army. Whether or not we were glorifying violence or terrorism by including the IRA look was a question I asked of myself and I think we asked of each other," he said. 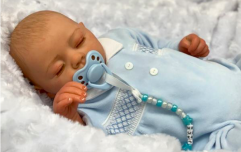 END_OF_DOCUMENT_TOKEN_TO_BE_REPLACED

"I wanted to use the look simply because it reflected the violence of the time period. I think we would have done a disservice to the project by leaving that look out, because that would have whitewashed a large part of North Ireland's history."

Looking at the comments, one user in particular was not impressed. 'Chris' commented: 'a bit f*cking stereotypical putting the gun in the 70s northern Ireland one... my grandmother and her side of the family were northern Irish, and we're not f*cking terrorists you ignorant c***s... in fact, her brother in law was killed by the IRA when answering his front door, find it quite appalling you'd put that in there.'

popular
One of the most underrated crime thrillers of recent years is among the movies on TV tonight
Shock as blues singer beats Adele, Beyonce and Taylor Swift to win Song of the Year Grammy
5 years ago, Hollywood took a massive gamble on a huge sequel... and lost big time
Netflix has just added 12 very big movies to their library
Ben Affleck's bored expression at the Grammys becomes a meme
QUIZ: JOE's Big News Of The Day Quiz #41
One of the best crime thrillers ever is among the movies on TV tonight
You may also like
2 months ago
These are the 10 most-watched YouTube videos in Ireland in 2022
5 months ago
WATCH: The full trailer for Cobra Kai season 5 has landed
7 months ago
Fan remakes Simpsons: Hit and Run as open-world game and it looks amazing
1 year ago
Cow escapes field, heads to resort and gets stuck on water slide
1 year ago
Mafia fugitive caught after police found his cooking videos on YouTube
1 year ago
Netflix making The Trial of the Chicago 7 free to watch on YouTube for 48 hours
Next Page