While driving along the icy MKAD ring-road that goes around Minsk, Belarus, this impatient S-Class driver attempted to undertake a slow moving car. However, as soon as the luxury motor hit the dirty snow in the middle of the road the driver spun out and crashed into a lamppost.

END_OF_DOCUMENT_TOKEN_TO_BE_REPLACED

According to the Belarusian news site Onliner.by, the driver, a 40-year-old woman, was not injured in the incident, but her car was a write off following the collision. She can also be heard swearing in the video at the slow moving driver in front of her.

Onliner.by managed to obtain pictures of the crash scene (below), which show the car in a fairly bad state. See more here. 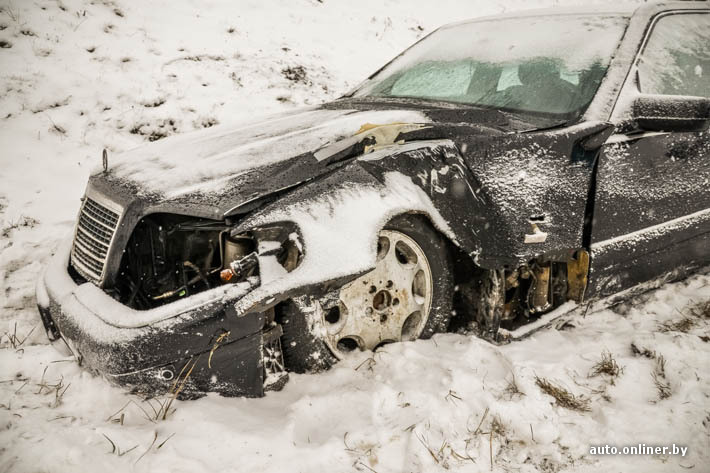 popular
Eurovision producers reveal "irregular voting patterns" during Saturday night's final
One of Liam Neeson's best ever performances is among the movies on TV tonight
QUIZ: Try out one of our trickiest General Knowledge Quizzes yet
Where will 2023's Eurovision be held if Ukraine can't host?
QUIZ: Can you name the disaster movie from a single image from each disaster
One of the longest lunar eclipses of the decade will be visible in Ireland tonight
REVIEW: Van Gogh Dublin is a truly unique cultural experience
You may also like
1 month ago
QUIZ: How many of these questions on the Driver Theory Test can you answer correctly?
4 months ago
QUIZ: Can you guess the meanings of all these dash symbols from your car?
5 months ago
These were the most viewed cars in Ireland
8 months ago
QUIZ: How well do you know your car logos?
11 months ago
The ultimate checklist of everything you need for your next Irish road trip
11 months ago
The iconic 'Bus W***ers' car from Inbetweeners is now up for sale
Next Page